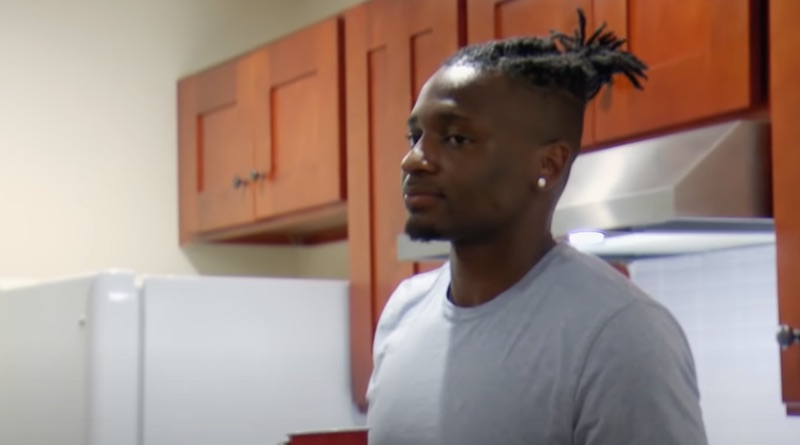 Jephte Pierre and Shawniece Jackson are a fan-favorite Married at First Sight couple. They’ve been through a lot over the years. And they’ve really grown as a couple considering where they started. But, according to Jephte, his favorite person is someone other than his wife.

Turns out, that person is his young daughter, Laura. Watchers saw Shawniece Jackson give birth to her on the Married at First Sight: Happily Ever After spinoff. And since then, she has grown a lot – including growing into her father’s favorite person in the world.

As Married at First Sight watchers know, Shawniece Jackson got pregnant with baby Laura relatively early on in their marriage. And while she was pregnant, they dealt with a lot of drama in their relationship – including taking a break from one another at one point.

Meanwhile, pastor Calvin Roberson worried that Jephte Pierre wasn’t in love with his wife. In particular, that he loved her as the mother of his child rather than as his wife. At one point, Jephte said he wasn’t sure that he was “in love” with his wife. So there were some major hurdles to overcome for the pair.

As time has gone on, the love Jephte Pierre has for both his daughter and his wife has grown exponentially. That is evident also by Jephte’s recent post with his daughter, Laura. Along with telling his Married at First Sight fans that she is his “favorite person,” the adorable father and daughter combo took some pictures in front of a mirror.

Even though baby Laura is Jephte Pierre’s favorite person, he has a lot of love for his Married at First Sight wife, too. The Lifetime pair have come a long way in their marriage. The couple seems to grow stronger with each passing day. So that’s a good sight to see.

Jephte Pierre celebrated his 30th birthday not too long ago. Moreover, Shawniece Jackson was right there with her husband to make sure his day was a special one. Meanwhile, as a bonus for viewers, the Lifetime pair are on the second season of the Couples’ Cam spinoff as well. So that’s another way to keep up with their comings and goings beyond what they share on social media.

Overall, the Married at First Sight family seems to be living their best life. In addition, that’s a welcome sight for their many fans and followers.