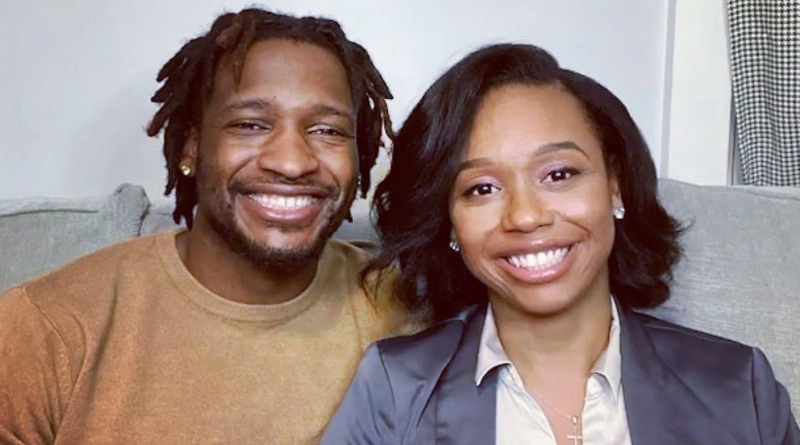 Married at First Sight celeb Shawniece Jackson recently shared a throwback picture with her husband, Jephte Pierre. And she had some touching words for her husband too.

Married at First Sight watchers know Shawniece Jackson as the mother of baby Laura. Meanwhile, she recently shared a throwback pic with her hubby before that pregnancy. The old photo is in black and white. The husband and wife face opposite directions.

Married at First Sight watchers keeping up with this Lifetime family know that they are a family of three. Shawniece Jackson gave birth to baby Laura on the Happily Ever After spinoff. Meanwhile, this throwback pic was before her getting pregnant with the couple’s MAFS daughter.

In addition to sharing the throwback pic with her social media followers, Shawniece Jackson had touching words for her husband. She said that no matter what, she will have her husband’s back. As viewers know, they had a bumpy road early on in their marriage. But they really came together and did what they needed to do to make their marriage thrive.

Also, the Married at First Sight wife added that they know “what’s real” even if they don’t broadcast every detail of their lives on social media. Along with that, Shawniece Jackson thanked Jephte Pierre for “thuggin it out” with her on their journey as a married couple. Moreover, she said that she loves her husband for eternity – even on her “mad days.”

Despite some relationship issues early, Shawniece Jackson and Jephte Pierre really turned things around before the arrival of baby Laura. And since they became a family of three, their bond has only strengthened. As a fan-favorite pair from the Married at First Sight franchise, viewers see them on the current season of Couples’ Cam. And they’re joined by all the other couples from the franchise that are still together.

Recently, Jephte Pierre celebrated his 30th birthday – and it was a big celebration for everyone. Along with that, they do a lot of fun activities together as a pair as well. On a recent episode of Married at First Sight: Couples’ Cam, the husband and wife took a cooking class together.

The Married at First Sight pair made traditional Haitian food. And it was a chance for Shawniece Jackson to learn more about her husband’s culture. Meanwhile, as a bonus, they got to chow down on what they made as well. Best of all, they seem to be in a really good place in their relationship.