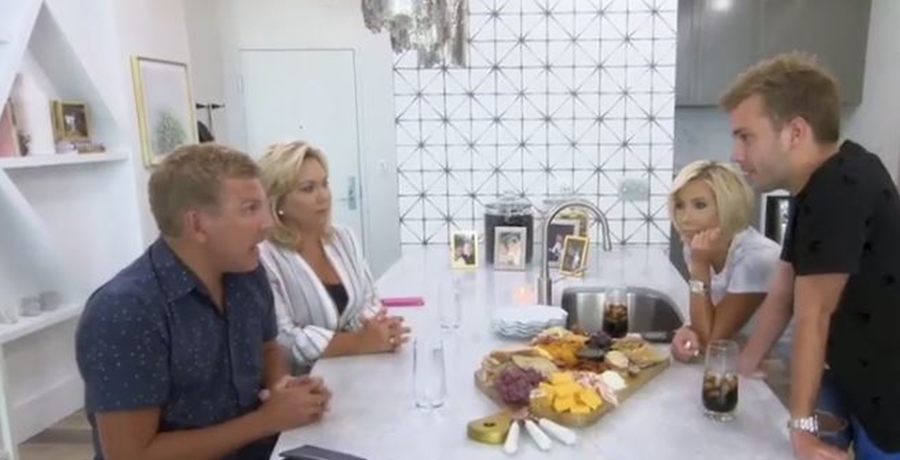 Growing Up Chrisley fans waited for a long time for a third season of the USA Network’s spinoff. Apparently, the show never got canceled. So, fans eagerly await teasers for another season. In fact next week, Chrisley Knows Best ends their current season. However, always hoping for more of Todd’s family, fans now start chasing after Season 3 of the “Growing Up” series. So, when might it return?

When Season 2 of the spinoff ended, fans saw two back-to-back episodes. In one of them, fans suspected that Savannah started pushing Nic Kerdiles away. Actually, she took some heat for being a bit too controlling. For sure, USA Network fans believed that way too many cracks started appearing. And many of them wondered how long he’d stick around with Savannah. Actually, some fans felt unsurprised when news arrived that the couple split.

After the end of Season 2, the news arrived that Nic and Savannah split. So, probably, if they return with a new season of Growing Up Chrisley, Nic won’t feature. In fact, as Savannah sported her very short hair about that time, some fans even wildly speculated that she preferred women anyway.

Savannah Chrisley & Nic Kerdiles Split: Is She Interested In Women?

Since the split, Savannah finally launched her Sassy Savannah Cosmetics, and her brother Chase is seriously involved with his new girlfriend, Emmy Medders. Plus, Kyle became engaged. So, probably plenty of new storylines for the spinoff’s next season exist.

On Todd Chrisley’s Instagram post this weekend fans asked about Growing Up Chrisley, season 3. Todd shared a photo of him with his super-slim-looking wife, Julie. One fan sadly noted that next week, the current season of Knows Best comes to an end. And they wondered when the next season of the Growing Up spinoff returns. Unfortunately, Todd didn’t reply. Others who ask on Chase and Savannah’s Instagrams get no reply either.

Recently, Life & Style addressed Season 3 of Growing Up Chrisley. They chatted with Chase’s mom Julie in January this year. She told them that she doesn’t want her son to become engaged to Emmy just yet. She hopes he waits until he’s in his 30s before taking such a big step.

However, the outlet also reported that Julie mentioned Season 3. She explained that Chase seems in a good place and he keeps himself busy. The outlet wrote, “The Chase Chrisley Candle Collection founder is staying busy after ‘wrapping filming for season 3 of Growing Up Chrisley.”

At the moment, no release date for the next season of the spinoff came out. However, as soon as we hear of a confirmed premiere date, we’ll let you know straight away. So, remember to check back with us often for more updates. Or follow our Facebook Page.

Jessa Seewald Might Be In Labor With Baby Number Four: See Photos
Audrey Roloff Reveals Why She Kept Her Pregnancy A Secret
Amber Portwood Reveals The Positive Life Changes She Is Making
Katie Thurston Slams Fashion Haters About Her Looks
Lauren Burnham Battling Intense Breast Issue While Caring For Twins