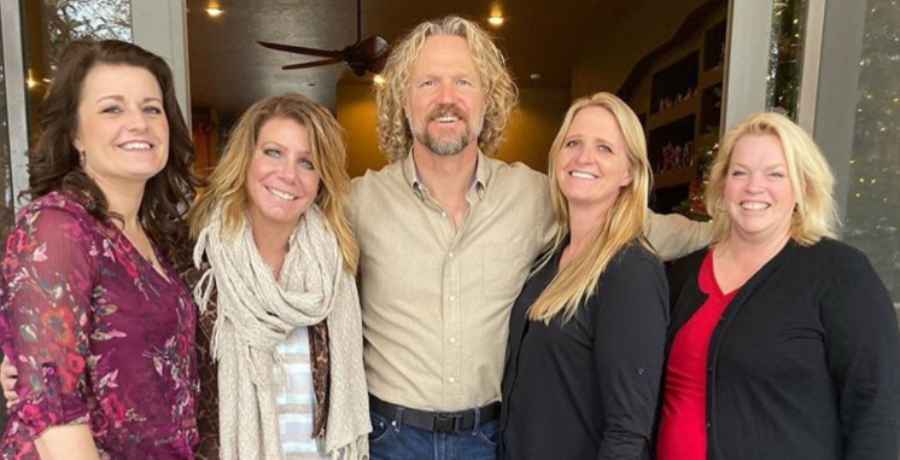 Good news for Kody Brown and his four wives, Meri, Christine, Janelle and Robyn. The state of Utah has decriminalized polygamy, which means they can rest easy when visiting the state. Under the new law, plural marriage is no longer a felony and is now considered to be an infraction.

Sunday’s upcoming episode of Sister Wives will see Kody Brown, Meri, Christine, Janelle and Robyn celebrating. The family has learned that a law decriminalizing plural marriages has been put into effect in Utah. The new bill was signed into law in March 2020 and took effect in May that year. However, the reality TV show is only now catching up with that.

Fans will remember that earlier in this season, the Brown family was fearful of returning to Utah. The place that they once called home considered their plural marriage a felony at that time. However, in a sneak-peek into Sunday’s episode, the family rejoices over the news. The plural family has waited a long time to tell their children that they are no longer considered felons.

In a sneak-peek into Sunday’s episode, Robyn, 42, opens up in a confessional. She says, “We have some really fun, exciting news to tell the kids today. I’m just so excited.” Kody, 52, adds that this is news they have hoped to actually give their kids for 10 years or more.

Robyn sits down with her children and explains the new law in Utah, that makes “plural marriage an infraction.” She compared it to be equal to receiving a traffic ticket. This means that the state has essentially decriminalized plural marriage.

Up until the law was passed, bigamy was a third-degree felony. In fact, it was legally punishable by up to five years behind bars plus a fine of up to $5,000.

Janelle shares the news with her family

Janelle Brown, 51, shares six children with Kody, namely Logan, Maddie, Hunter, Garrison, Gabriel and Savannah. “We’re like, no longer felons for living our religion,” she says in a confessional.

Janelle explained that historically, for around 50 years after the Mormon pioneers came to Salt Lake in 1847, they practiced polygamy. Janelle said it was part of their religion and “wasn’t weird.”

However, 40 years later, around 1890, they decided they wanted to try for statehood. In order to be able to do so, they had to outlaw polygamy and it has been illegal ever since. Janelle added, “For 150 years, we’ve been felons.”

Kody’s wife, Meri, 50, was raised in a plural family and views polygamy as a basic human right. Meri added that she doesn’t think Kody sharing a bedroom with another adult woman is hurting anyone.As for Kody, he believes the new law will benefit the plural community as a whole. He described the polygamist community as being “vast and various different groups of people,” saying it will let them open up.

Readers can watch the whole teaser clip on People’s website. Fans can also catch the good news as it arrives on Sister Wives on TLC, Sunday at 10 pm ET.

Maddie Rose Brown Can’t Resist Allowing The Kids A Warm-Weather Treat
Savannah Chrisley Is Hopeful About Product Launch Next Week
Savannah Chrisley’s Sassy by Savannah FINALLY Has A Release Date!
Ben Higgins Of ‘The Bachelor’ Mourns Someone Who Helped Him Get Clean
Does ‘Sister Wives’ Truely Brown Aspire To Be A Waterbender?