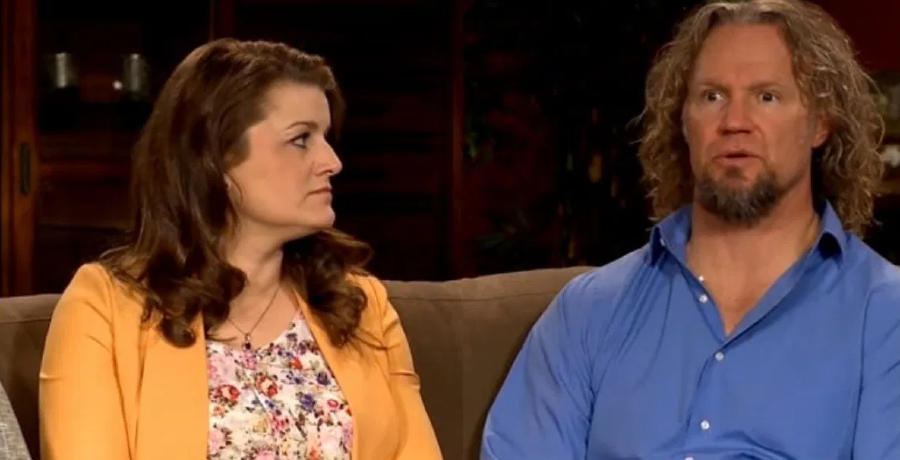 Sister Wives fans think Kody Brown fell out of love with polygamy. Instead, they think he’s only in love with Robyn. Although it premiered on Sunday, February 14, it already started off dramatically. Kody powerfully revealed that he’s no longer an advocate for polygamy.

Fans are in shock over his revelation. They are diving deeper into each of his marriages. Over the past few months, rumors swirled that Kody is only living with one of his wives. Most fans think Robyn is the reason why Kody’s no longer interested in polygamy.

They have a feeling that she will attract him towards monogamy.

During last week’s Season 15 premiere of Sister Wives, Kody Brown admits that he always defended polygamy. But, now, he has a change of heart. After years of defending polygamy, he feels like he no longer feels the same. This came after he had a sit-down meal with all four of his wives.

The TLC star has been mulling over this issue for some time. He feels that polygamy creates a power imbalance. While he’s admitted his struggles with having four wives, he’s been adamant about polygamy. He felt pulled in different directions. Now, Kody finally understands the woman’s perspective.

Sister Wives fans think he’s only in love with Robyn

Kody married his fourth wife in 2010. It was more than 10 years since his third wife, Christine, joined the family. When Robyn made her debut, fans noticed the tension among Kody’s first three wives. It has only gotten increasingly worse. And, it doesn’t look like Kody doesn’t want to fix his relationships with Christine, Meri, and Janelle Brown.

On Saturday, February 20, one Sister Wives fan took to Reddit. The user theorized that Kody isn’t really “in love” with his other wives. When he met Robyn, he realized what love really is and wants to remain with her. Kody and Meri married when they were young and then decided to add two more wives to fulfill their polygamist family.

Then, their family settled for a few years until Robyn came along. The Reddit user thinks that Janelle and Christine’s additions to the family was only to follow an obligation. Kody admitted in the family’s book, Becoming Sister Wives, that he wasn’t in love with Christine when they got married. Now, that he knows what love is, fans think that he finally understands the desire for monogamy.

Kody has issues with two of his wives

The trailer for Sister Wives Season 15 doesn’t look promising. Kody still has marital problems and it’s not just with Meri. Their relationship was rocked by a catfishing scandal in 2015. It hasn’t been repaired since.

Fans recently slammed him for his treatment of his third wife, Christine Brown. At first, she felt like she was ignored. But, now that she’s become an independent woman, it’s causing marital issues. The teaser for the new season shows Christine wondering if she should stay married.

What are your thoughts? Do you think Kody is only in love with Robyn? Sound off below in the comments.