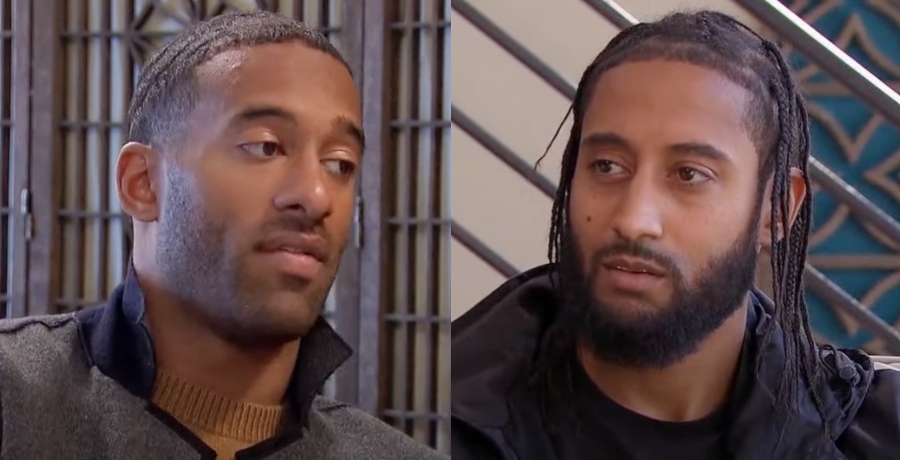 Matt James’ brother John didn’t consider it to be a big deal that his sibling was the lead on The Bachelor. Moreover, he didn’t have very high hopes for his brother walking away from the show with love. Wondering why his brother approached the reality TV series with such a pessimistic attitude? Well, he spilled his guts during a recent Higher Learning podcast. Keep reading to learn more about why John didn’t think much of his brother Matt James’ appearance on The Bachelor.

During the Higher Learning podcast, Matt James’ brother John got candid on his thoughts about the show. Turns out, he had a pretty hard time wrapping his mind around the concept of the show. Moreover, he hardly considered The Bachelor to be reality. His opinion certainly lined up perfectly with fan theory that Patty James didn’t even want her son to find love and get married. Was Matt James doomed from the beginning because of his family’s negativity toward the premise of the show.

“This to me is not what I perceive personally as reality and like an actual real dynamic that somebody would experience in everyday life.” John reveals he said while talking to their mother Patty about the show.

I couldn’t really take it serious because who in their right mind could come to a serious conclusion in two-three months for a lifetime decision?”

We know Matt James’ final two picks Michelle Young and Rachael Kirkconnell met with his mother and brother during The Bachelor Finale. Initially, it really seemed like Patty James approved of both girls. But, the mood shifted. Was she trying to talk her son out of proposing to someone? Fans at home cringed as she warned her son that love doesn’t necessarily last forever. It can fade.

There’s nothing like being in love. It makes life wonderful. But you know, people fall in and out of love. And love is not the end-all, be-all.”

Those who follow Matt’s family dynamics know Patty split up with her husband after he cheated on her. So, this advice came from a scorned woman. Fans, however, believe it was this advice that resulted in Matt admitting he didn’t actually want to propose to anyone.

“I’m starting to pump the brakes on if it’s something that I’m ready to commit to right now. I know that the easy thing for me to do would be to tell Rachael and Michelle what they want to hear and [that] is I’m ready and I’ve been through with this whole process and get down on one knee and do something that I’m not ready for. And then what happens? It sets off our relationship course on something that neither one of us are ready for.” Matt James spilled.

So, do you think Matt James’ brother and mother had no faith in him finding love on the show? Share your thoughts with us in the comments. And, stick with us for the latest Bachelor news.