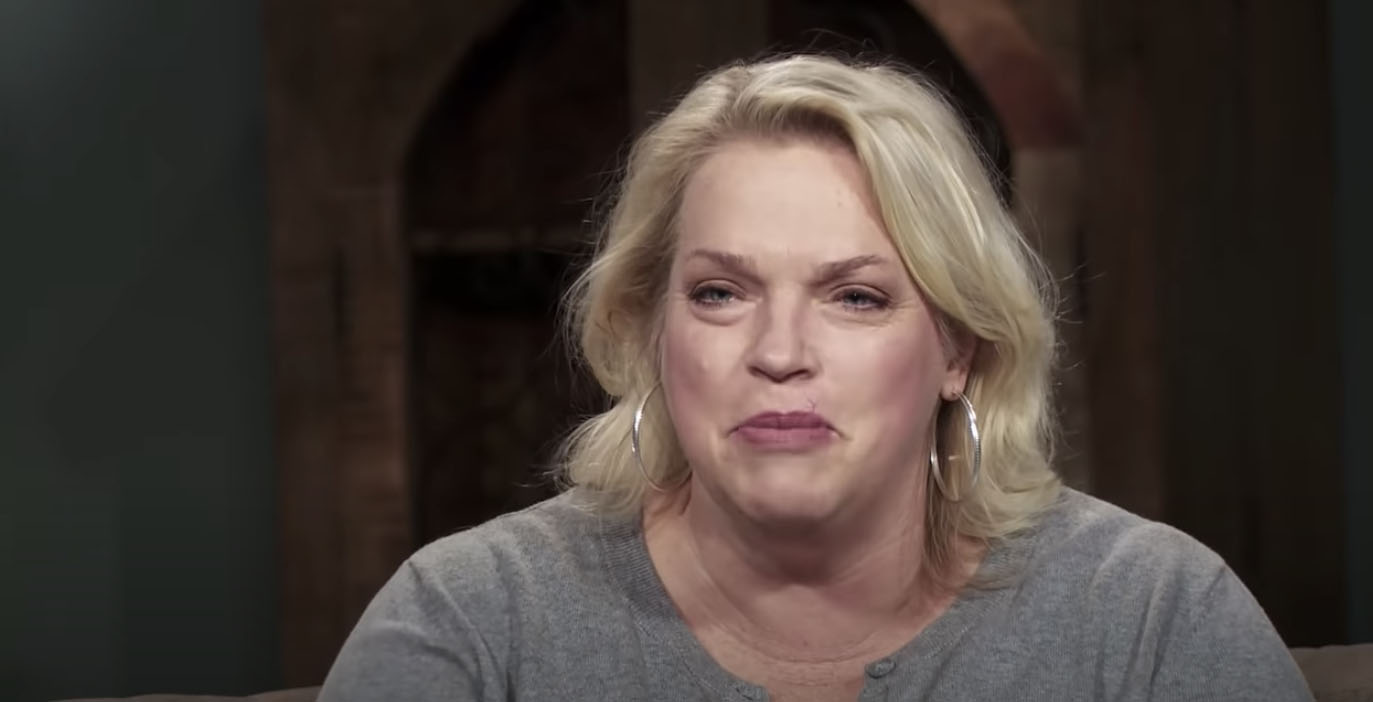 Sister Wives star Janelle Brown links up with US Weekly Correspondent Christina Garibaldi to shine a light on some things from this season. Undoubtedly, several topics of conversation are going to center around what has the TLC hit show’s fans talking. Keep reading to find out more about what Janelle has to say about this season of Sister Wives.

US Weekly asks Janelle Brown about Kody and Meri

Not surprisingly, Christina Garibaldi wastes no time getting to a heavy-hitting topic. She jumps right into the Kody and Meri Brown drama. Garibaldi recalls how Kody says he quit dating Meri in a recent episode of Sister Wives. Janelle Brown is actively listening as she nods her head.

Also, it looks like there is some pain in her eyes. It has to be hard to have a front-row seat to watching two people that you care about go through such a painful life experience. While Janelle may not have an active role in Kody and Meri’s marriage, that doesn’t mean she doesn’t care about the people that she’s spent a significant amount of her life with.

Holding no bars, Garibaldi wants to know if Kody confides details of his other marriages with Janelle. Janelle says, “Kody does a very good job of keeping things separate.” She elaborates, “He doesn’t talk about the other wives with me.”

Janelle proves why fans love her

Proving once again why so many fans love her, Janelle Brown shows that she stays out of the drama. She states that even if Kody did discuss his other relationships with her, she “wouldn’t want to hear it.” In order for this plural relationship to work, it seems that Janelle realizes that she needs to have things separate for the health of her relationship with Kody.

However, Janelle doesn’t keep completely quiet about the Kody/Meri drama. She acknowledges that “they have struggled for a long time.” Heartbreakingly, Janelle shares that “it hurts” when they aren’t doing well because it “spills over to the families.”

In a thoughtful response, she elaborates that “it doesn’t feel like everything is calm, completely whole.” Undoubtedly, Janelle has a tough role in the Kody and Meri dynamic. She shares that she’s always trying to do what’s best for each of them. Ultimately, Janelle says it best, “It’s a hard thing for the whole family.”

Are you shocked to hear Janelle Brown speak about Kody and Meri? Let us know in the comment section below. Come back to TV Shows Ace for more Sister Wives news.

Ben & Jessa Seewald Share First Photos Of Baby Number Four
Javi Marroquin Calls Cops On Lauren Comeau For Abuse, Guess Who Has His Back On This?
Audrey Roloff Reveals Why She Kept Her Pregnancy A Secret
Roloff Rift Over? Isabel & Jacob’s Pregnancy Brings Family Together
Tyler Cameron Gets Real About Hannah Brown Fantasy Suite & New Girlfriend