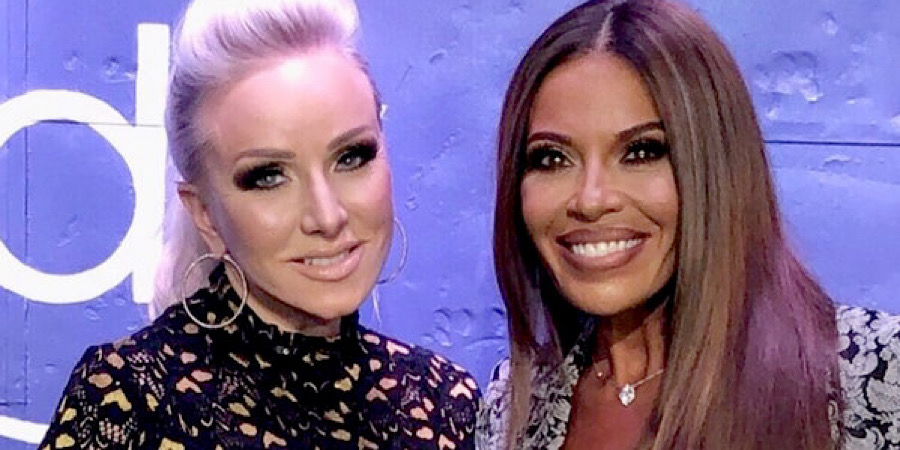 Last week on RHONJ, Jackie threw a small birthday party for Evan so he could have a happy memory. After all, his big party was tainted by Teresa’s rumor about him having an affair. Melissa was told about her husband owing money to Teresa’s real estate agent’s husband. Teresa told the agent, Michelle, she could not list with her until the issue was all cleared up. Unfortunately, Teresa still could not clear up her mess with Jackie.

Family Time For the RHONJ Ladies

For Joe’s birthday, the Gorga’s headed to their Shore house to celebrate. They have planned a dinner with Melissa’s sisters and their husbands, as well as, Teresa. Unfortunately, Teresa cannot stop talking about how she needs intimacy in her life and Joe is over it. He is also over the idea of his 15-year-old daughter dating and having the birds and the bees talk. Teresa reveals she is having a pool party and Joe suggests she invite Jackie and Evan. She does not want to but she agrees and makes him send the text.

As for Jennifer, she is still taking care of her father since her parents have a rough relationship. He may end up heading to Turkey with her sister. But, he is unsure. He seems to just want to relax and be settled. Dolores is ordering new appliances for her home and David does not understand. He built this new home for them to live in yet she is still renovating her old home. She explains the only way she would live with him is if she had a commitment. That has not happened yet.

Learning About Margaret and Teresa Divorce

Margaret’s ghostwriter comes over to help Margaret work on her memoir. Last week, she revealed to the ladies she slept with her boss who was much older than her when she was twenty. It left Jennifer in shock but this is her truth. She explains her mom was an immigrant from Hungary and was taught it was all about looking good. Margaret also explains she did a lot growing up in fashion she was not always proud of. She shares her husband now is the healthiest relationship she has ever been in.

On an uplifting note, it is the day of Teresa’s pool party. She is FaceTiming with her soon-to-be-ex-husband, Joe while she gets ready. He says he has gotten the divorce papers and will sign them. She talks about how easy their divorce has been when everyone else thought it would be hard. Even at the Season 10 reunion, her brother thought Joe would take her for all she had. Teresa thinks he knew better because she had to support their kids.

The guests start to arrive but Jennifer will be going solo as Bill has surgery. Jackie opted not to come to the party and why should she? This will never get resolved. However, Dolores is receiving an award and has invited everyone so maybe that will be the time.

Teresa won’t be in town for the awards show so it looks like the reunion will take some more time to happen. One reunion that is about to occur is Joe and Michelle’s husband. As Teresa said, she could not list her home with her until Joe resolved his issues with her husband. Joe confronts him immediately and Joe makes it so the guy realizes it was a miscommunication.

Tony the pool guy shows up soon but Joe warns him to stay away because he is a dirty dog. Everyone heads into the pool for more tequila which Jennifer does not need. Bill arrives and she is a hot mess. She gets so drunk, she is falling all over the cement, eating and slurring. When she faceplants, all the ladies are worried and calling for Bill. He eventually comes to claim her and takes her to the car. Bill tells her not to throw up in the car but as they drive away, she says she needs to throw up.

Next week on RHONJ, it comes out that Margaret’s husband heard the rumor about Evan, too. Teresa shares this in front of Jackie. How will this fare for the ladies in the long run? Watch it Wednesday nights at 9 pm only on Bravo.