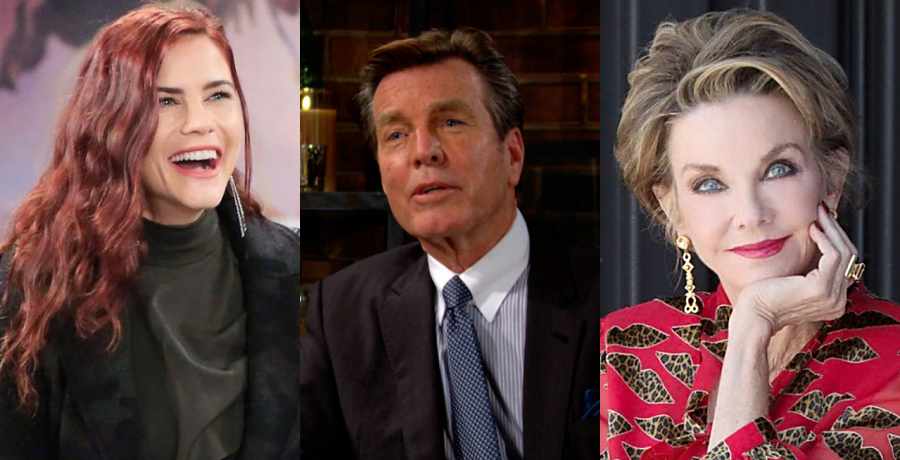 As The Young and the Restless fans know, Sally (Courtney Hope) is, as usual, playing a dangerous game. However, right now she seems confident over her position. Should Jack (Peter Bergman) find out Sally had threatened Kyle (Michael Mealor), with sensitive information she got from Theo (Tyler Johnson), things could change. Jack could easily start listening to those who try to warn him against Sally. However, who might be the one to get the message across to Peter?

Who will reveal Sally’s plans to Jack on The Young and the Restless?

Now, fans are wondering who exactly could wake Jack up to Sally’s plans. It can’t be Summer (Hunter King) who reveals to Jack Sally’s role in Kyle’s problems. The pair had already decided not to confide in Jack about Kyle’s son with Ashland’s wife, Tara. It certainly wouldn’t be good for Jack to find out that, while Sally acts concerned about Kyle, she knows exactly what is going on with him. In fact, she played a huge role in his problems in the first place.

Of course, Jack could forgive Sally for delivering the news about Kyle being a baby daddy. However, having that secret come out would certainly cause more problems for Specter. Let’s face it, Sally had used the juicy tidbit of Kyle’s past to keep Summer quiet about her unscheduled departure from Los Angeles. However, should the details come to light, she would have no more leverage. She would be unable to keep Summer quiet about faking her death and kidnapping her ex’s girlfriend.

Who else could expose Sally to Jack?

The Young and the Restless fans should remember there is one person in Genoa City who is likely to expose Sally. She also wouldn’t have any qualms about doing it. Who would be happier about putting Sally in her place and destroying her relationship with Jack? Could it be an ex? It’s not likely to be Phyllis, even though she doesn’t care for Jack’s new girlfriend.

Could it be the top pot-stirrer on The Young and the Restless – none other than Gloria (Judith Chapman) herself? As noted by Soaps She Knows, since getting back to town, she has had little intrigue to get would up into. Meanwhile, she has picked up on the tension in the boardroom and knows something is going on. Gloria would be the perfect person to do some detective work and find out what is happening and gleefully release the juicy secrets.

What do you think, readers? Could Gloria be the one to yank the rug out from under Sally and totally ruin her relationship? Do you think Jack would dump Sally once he knows the truth? Let us know in the comment section below.

Keep up with the story on The Young and the Restless weekdays on CBS.

‘American Pickers’: Frank Fritz Did Rehab Before Getting Fired
Vernon Davis Discusses Biggest Hurdles On ‘Dancing With The Stars’
‘The Young and the Restless’ Spoilers, August 2-6: Phyllis Gets Everything She Needs
‘Young And The Restless’ Hunter King Breaks Silence On Social Media
Oops! Did Isabel Roloff Accidentally Spill Her Baby’s Name?