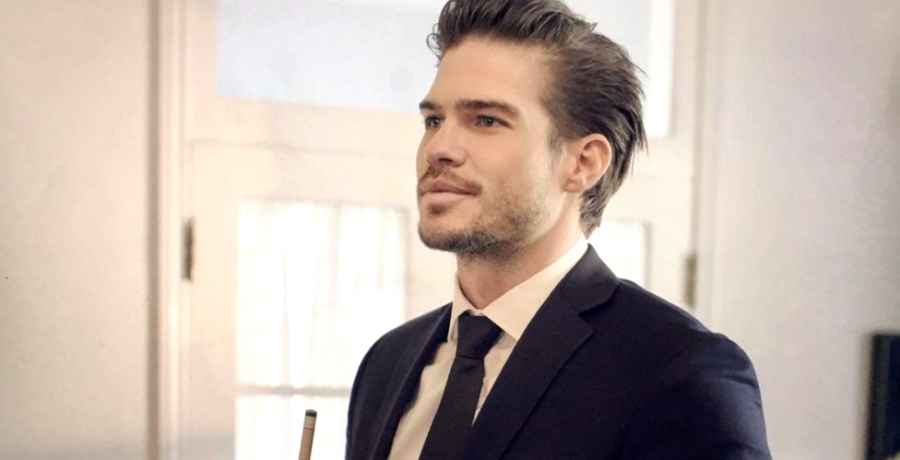 The Young and the Restless spoilers tease shocking news, as Theo returns with a major secret about Kyle. Whatever this secret is, it comes from their old days in New York and has never been exposed before. Summer has no idea about this dark secret from her boyfriend’s life and it is likely to have significant repercussions on their relationship.

The Young and the Restless shocking spoiler

Y&R’s head writer and co-exec producer, Josh Griffin, recently revealed the unexpected storyline twist to Soap Opera Digest. As poor Chance Chancellor exits the soap, Theo (Tyler Johnson) returns to Genoa City to dish some dirt on his cousin Kyle. This secret will also have major repercussions on the feud between Sally and Summer (Hunter King) and Sally (Courtney Hope) will love it. In fact, Theo will approach Spectra with the secret he has on Kyle she will have no qualms about exposing it.

In past episodes of The Young and the Restless, most Genoa City residents were more than happy to see Theo leave for Paris. His family had made him an offer he couldn’t refuse. On his way out, Theo burned Sally (Courtney Hope) by giving Summer a warning about her. That warning ended with Summer heading off on a trip to Los Angeles. As fans know, while she was there she got all the nasty details of Sally’s past from Flo (Katrina Bowden).

When Sally sees Theo’s name pop up on her phone, she isn’t happy. However, despite this, she decides to take his call and it turns out to be worthwhile. Theo entices Sally with some worthy news. Griffin told SOD that Theo reveals he has information that should be very interesting for her regarding Kyle.

It turns out Theo is in the States on a buying trip for his Paris boutique at the same. After Sally tells him how angry she is with him, the pair eventually decide to meet in Genoa City. Griffin gave some insight into why Sally feels she can rely on Theo this time. He said that Sally trusts Theo’s offer to give her dirt on Kyle for one simple reason. She knows he takes great pleasure in taking Kyle down. This gives Sally the idea to rather go after Kyle instead of neutralizing Summer.

When Theo gets to Genoa City, he meets up with Sally at Crimson Lights and shares all the dirt on Kyle. As fans will recall, there has always been something huge between Theo and Kyle. Some details did come out about underage drinking, but fans didn’t think that was the whole story. Well, it turns out it wasn’t and Theo has been holding back some information. He has decided that now is the time to reveal his card. It turns out the secret will benefit Sally, while she struggles with her fresh start with Lauren (Tracey Bregman) and Jack (Peter Berman) as allies.

The head writer told SOD that thanks to Theo, Sally will now be armed with “game-changing information.” This information will place her in a position of power in her feud with Summer and Kyle. Griffith added that this latest move will also test Kyle and Summer’s relationship like never before. It seems Spectra is willing to throw Jack’s son under the bus in order to neutralize Summer.

As for Tyler Johnson, he was obviously dying to share the news of Theo’s return to his fans. When he posted this image on Instagram, one fan asked where he was these days. He responded with a smiling emoji, writing, “I’ll tell you the moment I am able.”

Catch The Young and the Restless on CBS, weekdays.

Just One Duggar Wishes Jim Bob Happy Birthday: Who Was It?
‘The Bachelorette’: 20 Things To Know About Blake Moynes
Ben & Jessa Seewald Reveal Baby’s Name, But What Does It Mean?
Savannah Chrisley Comes Unhinged In Angry Rant, Why Is She So Upset?
‘Vanderpump Rules’ Season 9 Will Be More Exciting Than Fans Think