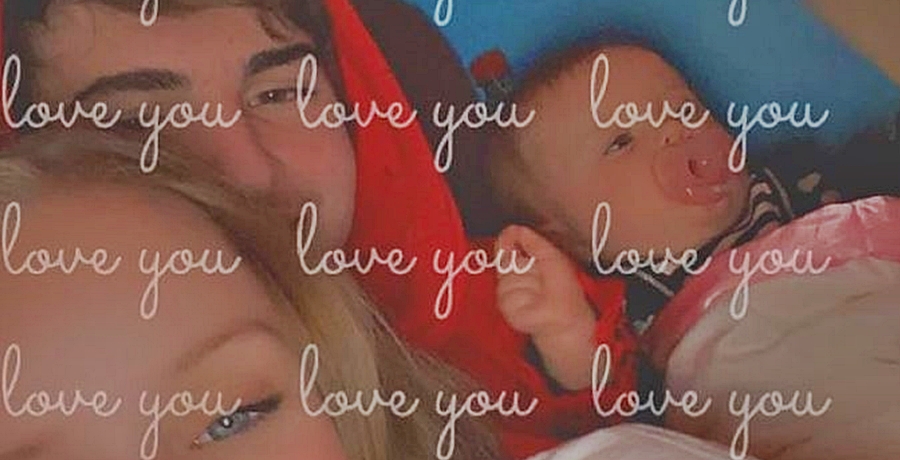 Unexpected alum Reanna Cline started revealing photos of a new guy in her life about 12 weeks ago. And, it didn’t go down too well with many TLC fans. After all, a lot of them respect Taron, her baby daddy. At least the young man hopes to step up as a dad. However, it looks like there’s no chance they might get back together. We noticed a social media post that suggests Reanna might have even become engaged to the other young man.

We reported that Reanna and Taron split. However, he fought for custody after the very young teen mom accused him of carelessness. It involved a knife that he allowed baby Danica to play with. It didn’t open and didn’t work. Nevertheless, that sort of thing’s frowned upon. Also, some TLC fans thought that Taron probably cheated on her. Anyway, their toxic relationship came to end when he moved on with another girl.

Photos of Unexpected alum Reanna Cline with the new guy emerged in the new year. And, she seemed very much in love. In fact, given that Taron and Reanna left the show, perhaps the new guy just plain complicated things. A string of Snap Chat and Instagram posts revealed the new lovey-dovey couple. In fact, in her posts, Reanna writes love messages about him. And, they become increasingly sprinkled with loving heart emojis. Critics might think the young teen (16) simply plays games with Taron. But perhaps it’s really a serious relationship.

Cline shares photos of a ring on Snap Chat

On the weekend, we noticed that a post on Snap Chat revealed Unexpected alum Reanna sporting a new ring. The next image revealed that she and her new man went out on a date. The ring looks like a cushion-cut set of stones set on a gold-colored ring. Increasingly popular since Hilary Duff shared a photo of her ring, maybe Reanna liked the look of it. Of course, it might simply be a promise ring. Sometimes, people who love each other give these rings if they hope for marriage at a later time.

Notably, the ring that Unexpected alum Reanna wears doesn’t look all that expensive. Fans set themselves into opposing groups with Reanna. Some of them just hope she ends up happy with someone. Meanwhile, others think she’s nasty and mean towards Taron. Those who sit on Team Taron slam her for bringing another man into her daughter’s life. Meanwhile, those who think Taron acted dangerously with the knife encourage Reanna to forget about him.

What do you think of the ring that Unexpected alum Reanna shared? Is it an engagement ring? Or just a promise ring that high school kids enjoy so much? Sound off your thoughts in the comments below.