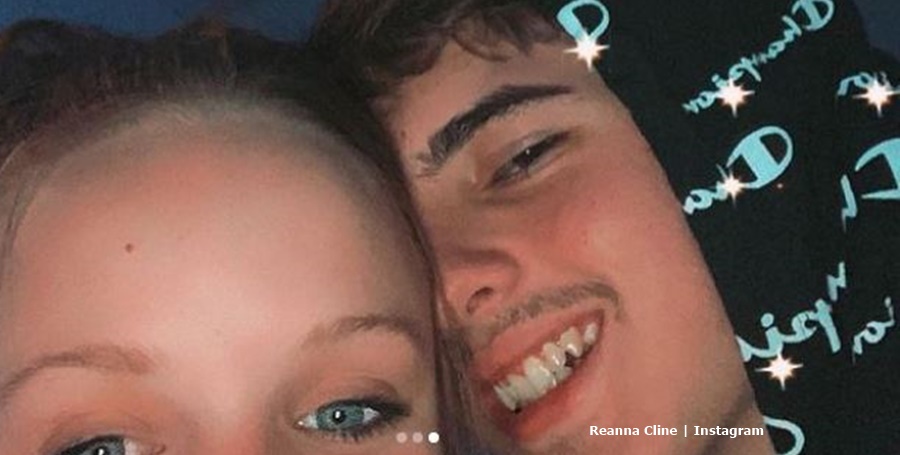 Unexpected mom Reanna Cline looks to have a new boyfriend. Apparently, Taron Ward, her baby daddy also moved on with another girl. But fans knew they split even though they see some tension between Reanna and Taron on the TLC show. Fans came along with mixed reactions to the mom of Danica dating again.

We reported that although Reanna and Taron split, he obviously cares for his little girl Danica a lot. He added her to his Facebook profile.  You might recall that in the teasers, he told Reanna he expected he needs a court order just to see his child. Things seemed very toxic between the 15-year-old and Taron. Actually, many TLC fans thought it likely he cheated on her as he looked like the football jock type of guy found in every high school. In fact, some fans think Reanna’s mom seemed physically attracted to him.

Well, it came out that he possibly dates a girl named Tori these days. And, things really looked likely to remain tense between the young couple. So, why not move on? In our article about Tori, we noted that Unexpected star Reanna also possibly found a new guy. We noticed a picture of her with another man on her Instagram. But now, another photo emerged via Snapchat.

On December 24, @tlc.unexpectedtea on Instagram shared a screenshot of Reanna. In it, she looked very cozy with a dark-haired guy. Baby Danica sat with the new guy. And, they all look like a happy family. The caption that Reanna put on the snap said, “Happy Christmas from us.” People commented about the photo and few of those people seemed overjoyed about the new man in Reanna’s life.

One Unexpected fan wrote, “It’s so messy when you have another girl or guy around your baby at such a young age.” Others complained because he wore a mask but underneath his nose. So, some folks think he seems a bit irresponsible.

Over on Reanna’s Instagram, a few more comments came in about the new guy in her life. This time, they seemed a bit more positive. Some fans commented on how they look very “cute together.” One of them commented, “so cutie! You’re the cutest couple I’ve ever seen❤️.” And another one noted, “awe y’all are such cuties😍😍.”

However, some Unexpected fans suggested that Reanna should get back “with Taron.” Others really think Taron cares for Reanna, so she should give him another chance.  However, that probably won’t happen. After all, they seem very toxic. And, if he already dates someone else, he might not be interested in Reanna anymore.