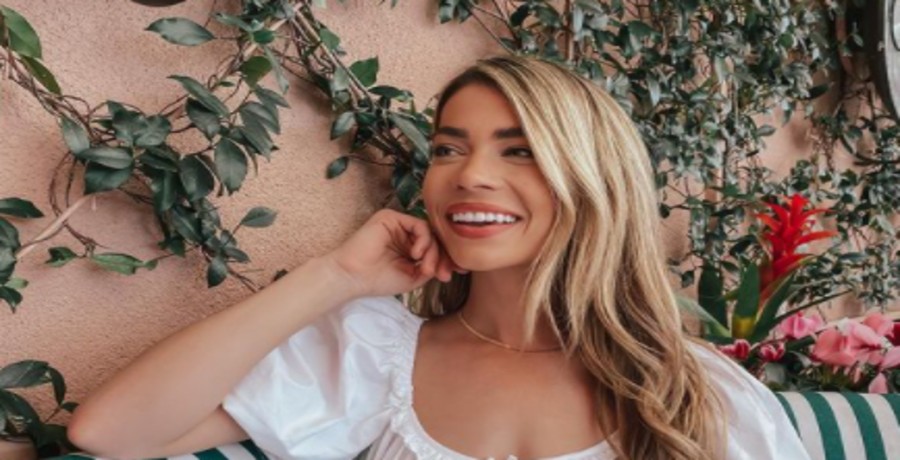 Bachelor nation met Sarah Trott when she became a favorite of the lead Matt James at the beginning of his season. She expressed strong feelings for him but seemed torn about whether she should be there or not. Sarah didn’t make any friends when she interrupted a group date she wasn’t part of to talk to him. At one point, she almost fainted during a rose ceremony because she’d gotten so worked up about how it was going to go.

When she told the girls it was because she was thinking of leaving, they weren’t understanding. It wasn’t until a one-on-one with Katie Thurston where Sarah told her about her father’s terminal illness, that she was shown some compassion. Katie told her she’d lost her father and she understood her wanting to be with him.

Sarah Trott posted on her Instagram, “find purpose through your pain. It’s been an honor to connect young female caregivers.” She said these are women in their twenties have their whole life in front of them. Then in their prime one of their parents becomes ill and they have to be selfless and become their caregiver. Like her, they make a hard choice that should be respected.

She said people go through anticipatory grief when they get a grim diagnosis for their loved one. She said it’s easy not to talk about, and not a pretty thing to say on social media. Sarah stressed it is important anyway. An article attached to her Instagram detailed her speaking out for ALS which her father has. Sarah launched a support group on Facebook for other young caregivers. The group has over six-hundred members already. She said the group, “makes you feel less alone to know you really aren’t on this journey alone.”

She’s Not Let Any Of The Backlash Get To Her

Sarah Trott hasn’t taken a break from posting on social media since leaving the Bachelor set. It seems the negativity she got from her time on the show didn’t stop her from moving forward. She continued to post helpful business tips for women on her TikTok and Instagram accounts.

Sarah had a job as a reporter in Palm Springs, but when her father got bad, she quit. After hospice came into the picture, decided to take care of him. One fan said, ” love that you are using your platform to educate, encourage and support others .” Someone else said people like Sarah using their platform to talk about ALS would help fund research. It’s good to bring awareness to it.

What do you think about how Sarah Trott handled her exit from the show? Comment with your thoughts below.