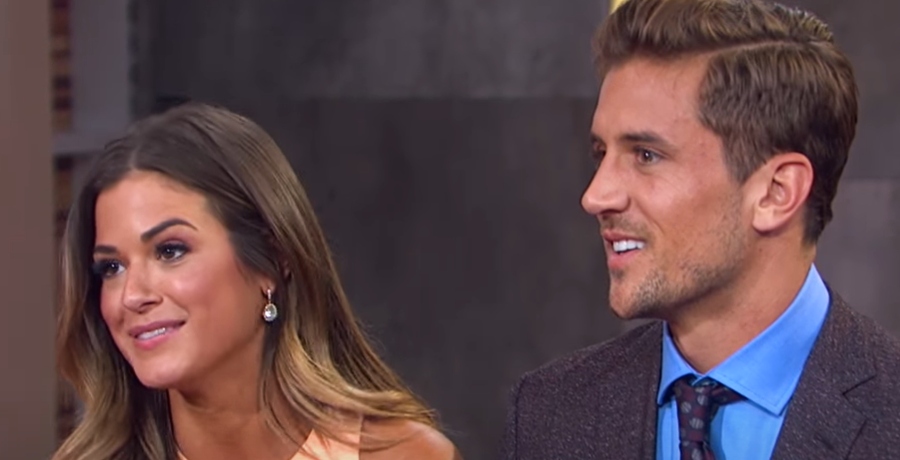 Who better to help divorcees find love again than The Bachelorette’s JoJo Fletcher and Jordan Rodgers? The two will host a new show called, The Big D. Jojo and Jordan were very open about the trials and tribulations of their relationship. She said it wasn’t easy at first. Jojo admitted they stayed together because of pressure from fans and family members.

Fletcher said they are way past that now. Their wedding had been planned for the summer of 2020, but the pandemic had other plans. There were rumors the two were having problems. Truthfully, they still want to have a wedding with everyone they love there. The couple told ET the first year was, “crazy ups and downs, bad fights and arguments.” They said at one point, “we just kind of sat down, and we were just broken.” They said the time had come to stop making excuses and do better.

What Is The Big D All About?

The Big D is a show that brings together what fans love about dating shows and adds in the reality television drama of exes. According to ET Online, people who have been recently divorced will be on the show together. The group of divorcees deals with their ex-partners and finds closure. The idea is it helps them get past anything they are holding onto so they can date others. Fans got to see a little of JoJo’s hosting talent when she filled in for Chris Harrison when he took his son to college.

There will be ten couples in Costa Rica trying to start over. During each episode, a person not ready to move on will be sent home. Drama and jealousy will be present with so many exes together. The couple welcomed the opportunity after the pandemic. They said, “After a year full of challenges, the opportunity to join forces with TBS and help people find love was a no-brainer.” They went on to say they were excited to help people, “step out of their comfort zones and facing unconventional dating scenarios.”

The Couple Are Looking Forward To Teaming Up With TBS

JoJo posted about The Big D on her Instagram and told her fans to get their head out of the gutter. She said, “this show is all about LOVE, healing, DATING, and realizing that Divorce doesn’t mean the end of your story, but rather just the start of your next chapter.”

The creators of Are You The One and Dating Naked are responsible for the show. TBS hasn’t announced the premiere date for the show yet. Are you planning to watch the new dating show? Would you go on an island with your ex to meet other people? Are you excited to see JoJo on TV again? Comment with your thoughts down below.

Kourtney Kardashian Keeps Distance From Amelia Gray Hamlin
‘Seeking Sister Wife’: Sidian’s Ex-Wife’s GoFundMe, Troubled Past
‘Outer Banks’ Season 2: When Is It Coming To Netflix?
Dr. Now Shares A Key Factor In Reversing Obesity: What Is It?
Briana DeJesus Just Got Engaged… Is It Already Over?