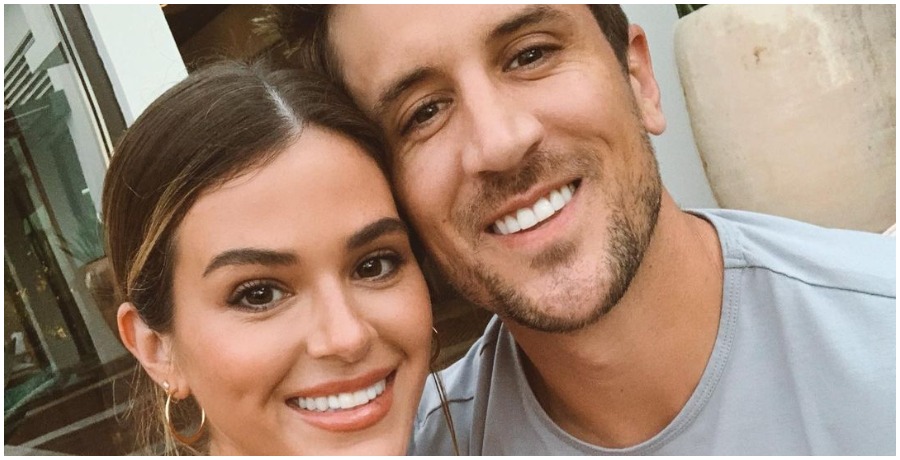 Former Bachelorette star Jojo Fletcher is making a huge confession about the early days of her relationship. The reality star is engaged to her winner, Jordan Rodgers. Jojo and her future husband sat down for an interview with Us Weekly this week, and they laid it all on the line.

Jojo likely shocked fans during the conversation when she admitted that she and Jordan stayed together due to the pressure they felt from fans, as well as family members.

“I think that was one of the reasons why we stayed together in the beginning. There were so many reasons why we thought we should not be together. I think, subconsciously for me, and for him, there was this pressure, not only from people that watch the show but, like, our family and our friends.”

However, Jojo went on to say that she and Jordan don’t feel that kind of pressure any longer. “Obviously, we’re far past that, but I think in the beginning, there is that sense of pressure.”

Jojo and Jordan are a fan favorite among Bachelorette viewers. The couple got engaged in August 2016, during the Season 12 finale of the show. They planned a summer 2020 wedding. However, the Covid-19 pandemic forced them to postpone their nuptials.

They decided to shoot for a May 2021 wedding. Although, the couple is finding it difficult.

“We just got a call saying our venue is still at a 10-person capacity, including staff actually,” Jojo admits. She also went on to reveal that she and Jordan still want to have their “dream wedding,” and are holding out hope that all their loved ones can be in attendance.

“We’re kind of in a weird situation. We could roll the dice and hope that by May things will open up. But I just don’t feel comfortable with that. I want everyone to feel safe and comfortable and excited to travel,” Fletcher says.

Meanwhile, Jordan and Jojo confess that they’re considering the idea of having a private wedding with a big reception to follow later. However, it appears that they’ve decided against that idea. Jordan even joked that he and Jojo will have the longest engagement in Bachelorette and reality TV history.

“What’s a few more months? We’re gonna set the record for the longest engagement in reality TV history. We’re gonna have the wedding that we originally wanted to have and safely and so everyone can be there,” Rodgers declared.

It may be awhile before we see Jojo Fletcher and Jordan Rodgers walk down the aisle. However, fans can still keep up with The Bachelorette couple by following them on social media.