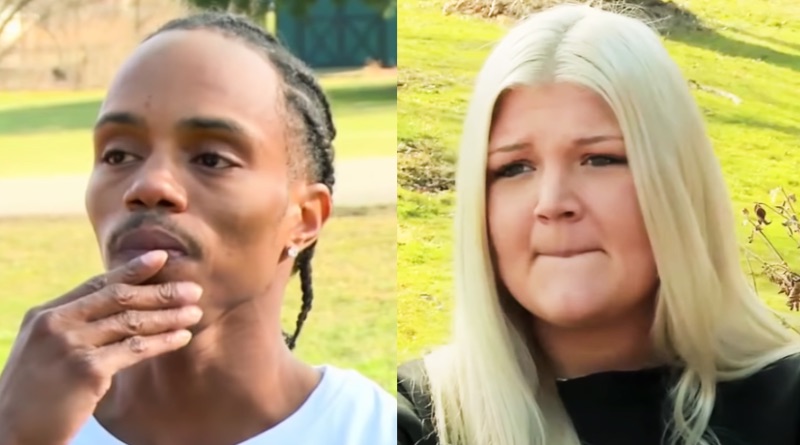 Love After Lockup husband and wife Michael Simmons and Sarah Simmons have a complicated relationship on the WEtv show and its spinoff. Meanwhile, things seemingly got even more complicated when Michael proposed to his wife in the recent season finale. Where are they now?

Michael Simmons and Sarah Simmons had a complicated relationship from the start of Love After Lockup. When Michael Simmons was first introduced, he was in the middle of a love triangle with Sarah and Megan Nash. And that was more than enough drama to deal with all around.

Meanwhile, Sarah Simmons got in on the action in the latest Love After Lockup spinoff as well. She started seeing a new guy, Malcolm Woolridge. And for a time, it looked like she might move on from her estranged hubby for good. But Michael had other plans. He slowly got between them – and that ultimately led to Sarah and Malcolm throwing in the towel.

As watchers saw in the Love After Lockup spinoff finale, Michael Simmons got down on one knee and asked Sarah Simmons to be his wife once again. Michael said he wanted to do it right, especially since they initially got married when he was in lockup. But he also has a reputation as a ladies’ man. So whether or not things can actually work between them for the long haul is always up in the air.

Throughout all of their Love After Lockup relationship drama, they’ve stayed married. Meanwhile, Sarah Simmons said in the most recent episode that they’ve gone through “a lot of sh**.” And watchers have seen all of that drama unfold over the course of the last few seasons.

Love After Lockup Celeb Back with Maria

As Love After Lockup watchers know, Michael Simmons is back with Maria. So it seems Michael’s proposal was short-lived. The pair share an Instagram page. And they regularly post updates – including selfies together. That relationship isn’t without its share of drama. But at least for now, the former felon seems happy with Maria.

As for Sarah Simmons, the Love After Lockup mom seems to be doing her own thing. She often shares inspirational quotes with her WEtv followers. And even after all the drama she went through with Michael Simmons on the most recent season, she said that peace is her favorite feeling.

From the looks of it, she tries to put her past with Michael Simmons behind her. But even so, many Love After Lockup watchers think it wouldn’t take much for her and Michael to get back together. Moreover, even if they aren’t together romantically, they will always be connected through their children. So it’s worth keeping an eye on whether or not more drama ensues down the line – especially since Sarah and Maria don’t get along.