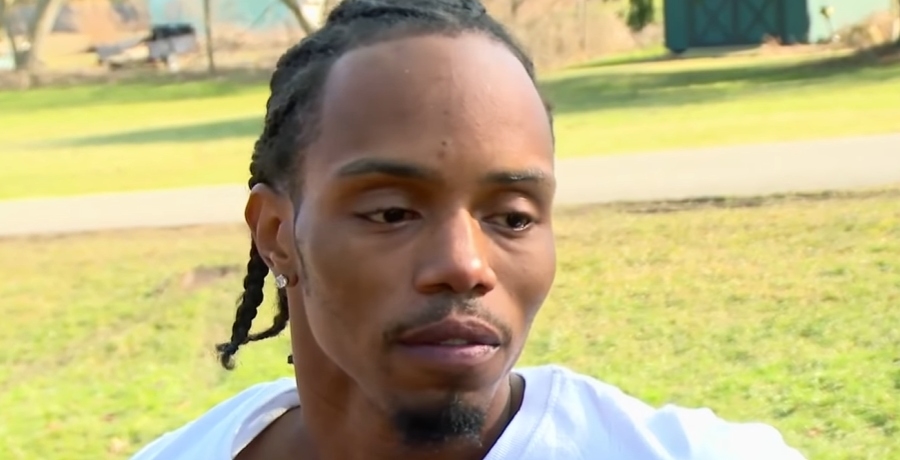 Michael Simmons of Life After Lockup often freaks out WEtv fans. He comes over as rather grotesque when it comes to discussing his intimate life. Plus, he calls his junk a “devil D#ck.” Now, he was caught rubbing a woman down in a parking lot. Is he selling his Devil D?

Michael Simmons does the deed to clear his head

We reported last year, that Life After Lockup fans seemed rather shocked by Michael. The WEtv star claimed that he slips between the sheets with women so he can clear his head. And he described his junk as his “devil D*ck” to do it. Unsurprisingly, fans slammed him for that. After all, they don’t really need or desire to know his various intimate acts. Anyway, others put him down and mocked him for his boasting.

One fan slammed Michael Simmons. They said, “I clear my head with her’ Michael Simmons…disgusting. I don’t know why he thinks he’s a ladies man? He’s built like a 12-year-old chipmunk. I can’t #LifeAfterLockup #loveafterlockup.”  Well, that schooling obviously left him unrepentant as he recently got caught in a car park rubbing a woman’s body. The @momstalkingsh_tpodcast shared the selfie clip on Instagram on March 11.

Womanrubbed down in a parking lot

Michael Simmons and Sarah have an on-again, off-again relationship. And he and Sara went through a lot of custody issues.  Plus, Sarah, probably rightly thinks he cheats on her. Nevertheless, a clip for this week’s episode of Life After Lock Up reveals that he “has decided to get down on one knee and propose to his wife for a second time,” writes Screenrant. Meanwhile, fans think she should take her bags and run for her life.

On Instagram, one critic of Michael Simmons wrote, “OMG he is sick! I feel for those sweet little girls. Sara is insane to keep sleeping with this fool. Condoms don’t block everything 😖🤢🤮.”

Another one talked about how he probably sells his Devil D. They noted, “F–king prostitute that’s why he’s always at hotels 😢😢.” And other fans agreed it seems “nasty AF.”

At least one person feels no sympathy for the women in his life. They wrote, “He’s such a player!!! Why do these stupid women let him play them like he does!!! I don’t feel sorry for them anymore.”

Michael Simmons seems totally untrustworthy, fans think. So, this week, they probably roll their eyes when he says that he feels he and “Sarah are in an amazing place right now.” After all, fans just saw Sarah thinking about a return to her ex-boyfriend, Malcolm.

What do you think of Michael rubbing down a woman in a car park? Do you think he tries selling his devil D*ck? Sound off in the comments below.