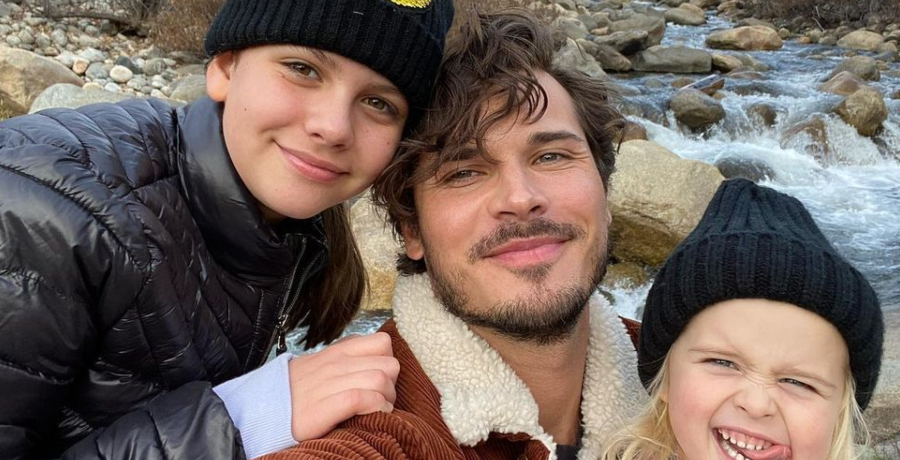 Since Dancing With The Stars pro Gleb Savchenko announced his divorce last fall, things continuously got worse. He and his ex-wife Elena Samodanova continued to smack each other in the press and social media. PEOPLE recently obtained Gleb’s response to Elena’s divorce filing. According to the documents, Gleb wants joint legal and physical custody of their daughters. He also wants spousal support and wants Elena to cover his attorney’s fees.

This response is the result of Elena officially filing for divorce back in December. Back then, she asked for joint legal and physical custody of their girls and spousal support.

E! obtained documents regarding Elena’s requests. She alleges she barely brings in $37,000 annually while Gleb allegedly earns $406,614 annually. As a result, she wants spousal support from him.

Now, it just really seems like Gleb is clapping back and asking for the same. It’s not yet clear why he believes Elena earns enough to give him spousal support. It appears that they will agree to share custody of their daughters, but no one is sure who the courts will side with regarding spousal support.

Keep checking back with us to learn more.

The family tries to move on amid a messy divorce

Since the divorce, Gleb Savchenko and his daughters have been spending a lot of time together. He routinely posts Instagram photos and videos of outings. Recently. the trio enjoyed a hike through the Los Angeles hills.

These days, Gleb and actress Cassie Scerbo are romantically involved. The two reportedly took a break but were spotted in L.A. enjoying coffee and each other’s company. Meanwhile, Elena Samodanova and dancer Vlad Kvartin have been connected, but it’s unclear if they’re exclusively dating or not. Elena did hint that she’s seeing someone on Instagram recently.

“Hold my hand …” she captioned a cryptic Instagram photo. She appears to be holding hands with the person taking the photo.

Cheating allegations surrounded the divorce since Gleb and Elena made their official announcement. To this day, not one is exactly sure what happened. Elena accused Gleb of continuous cheating, while Gleb denied the allegations and accused Elena of doing the same. No matter what the truth is, it’s clear the relationship had problems for quite some time.

“I moved out right before this season. But before that, when I was on tour and before COVID-19 started at the beginning of March, it was already a different, very weird vibe,” Gleb told ET. He admits he suspected a relationship between Elena and Vlad Kvartin and there was a lot of lying and running around involved.

The whole situation is messy, but it really seems like Elena and Gleb want to do the right thing for their daughters. Do you think we will ever know the truth behind the divorce? Let us know what you think in the comments.