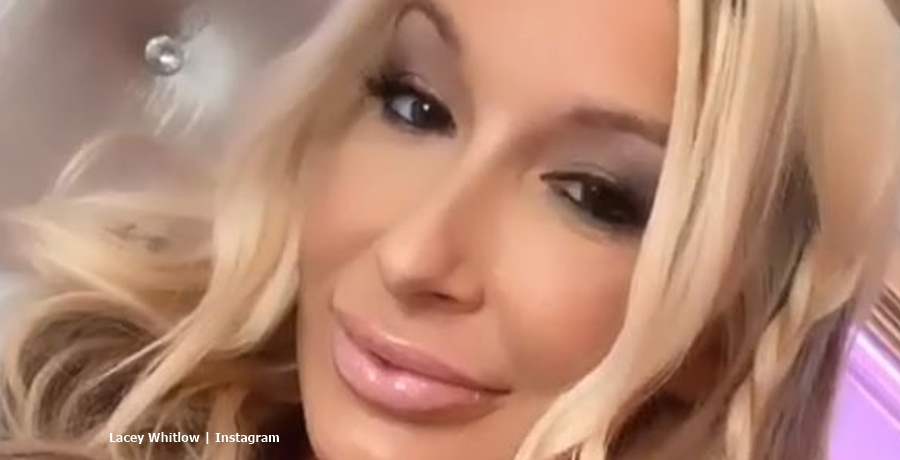 Lacey Whitlow’s baby girl is finally here and she shared the first photos of their daughter Summer Rayne. The baby was a major part of their storyline on Life After Lockup. After all, she’s best known for the love triangle with Shane and John. And, this baby is the first one that she and Shane produced together.

WEtv fans suspected that Lacey might be pregnant last year. And, later, she revealed a photo of the baby after a scan. At the time, she didn’t reveal the gender of her first baby with Shane. Life After Lockup fans know that the baby nearly didn’t happen. She went for an In Vitro Fertilization procedure. And, soon, the parents received the news she carried three kids. However, two of the triplets never made it. Luckily, though, Summer Rayne survived.

A few weeks before the birth, it seemed that Lacey Whitlow experienced sudden anxiety about producing a baby. She heard that sometimes babies might stress out relationships between the parents. We reported that “apparently, the expecting mother did some research online. And, it turns out, a lot of couples break up due to the stress of a new baby.”

However, it seemed a bit late worrying about that. After all, the baby fast grew towards a delivery date. Now, her child arrived, the Life After Lockup star proudly revealed two photos.

Baby born during the show

People reported that they received some exclusive photos from Lacey Whitlow after the “emotional two-part season 3 finale of the WE tv series on Friday night.” Shane and Lacey said, “We are absolutely in love with baby Summer Rayne. She’s the perfect rainbow baby. She’s truly heaven sent and we are so happy.”

However, WEtv fans didn’t need to wait long for the happy mom to share some photos on her Instagram. She posted up two in quick succession. One revealed their daughter’s name, Summer Rayne. And the other one came with a sweet caption. It said, “THIS IS WHAT TRUE LOVE LOOKS LIKE 🙌🏼💞 ….. thank you 🙏🏼 for watching my journey! I ended up so BLESSED 😭 with the most amazing beautiful baby!” So, it seems like she worried too much.

As expected, fans sent in their congrats. They commented on the air bubble that she got during the epidural. But, the main focus was on baby Summer Rayne. Lots of them simply love the name of the baby girl. Actually, it sounds fresh and wonderful to many of them. Especially with summer lurking just around the corner from a long winter.

What do you think of the cute baby? Do you think the name sounds fresh and full of promise after a long winter? Sound off your thoughts in the comments below.