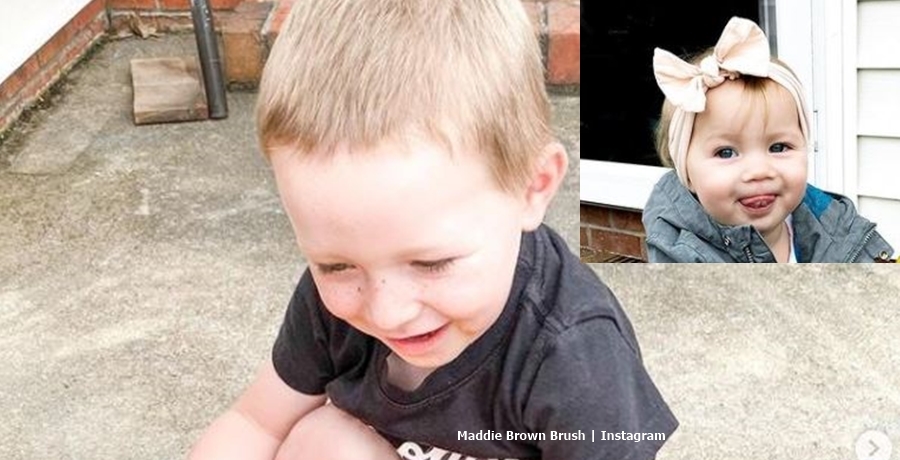 Sister Wives star Maddie Brown Brush seems so very happy with her two kids. In fact, she shared a joyful message about them on her Instagram on March 11. While her daughter’s personality grows, Axel also makes adjustments to his younger sibling. And it looks as if they get along like a house on fire. Of course, parents always worry about the older sibling when they bring in a new child.

Perhaps, because fans of the TLC show watched Maddie give birth to both children, they feel attached to the kids. And of course, Evie brings a whole set of new challenges with her FATCO syndrome. Fans watch Maddie’s Instagram carefully for posts about Axel and Evie. Actually, in 2019, Maddie grew very tired of critics who slammed her because Axel still used his pacifier. However, she told them that he already came off it long before. But the arrival of Evie K set him back. So, he clearly didn’t handle the newcomer too well initially.

Fortunately, newer posts by Sister Wives star Maddie reveals that he seems rather attached to his little sister these days. Towards the end of 2020, InTouch Weekly reported that “These days, the sweet siblings are always playing together and smiling from ear to ear in each other’s company.” Well, now Evie is a bit older, she and Axel play together a lot more. And Maddie seems overjoyed about their relationship.

Sister Wives star Maddie took to her Instagram on March 11 and shared a photo of the two kids together on the carpet. Axel looked at a picture book. And Evie put out her hand and interacted with him. In her caption, the mom of two wrote, “I love that they are getting to the age where they play with each other! 💛.”

A lot of TLC fans put up clapping and heart emojis. And plenty of sweet comments about the kids rolled in. One fan wrote, “Aw look at the little pig tail she has, so cute, great company for each other now.” And another one commented, “Awwww big brother reading to her special moments!” Others thought they looked very “cute” together.

One fan of Sister Wives star Maddie noted, “such a game changer!!” And it really is, according to whattoexpect.com. 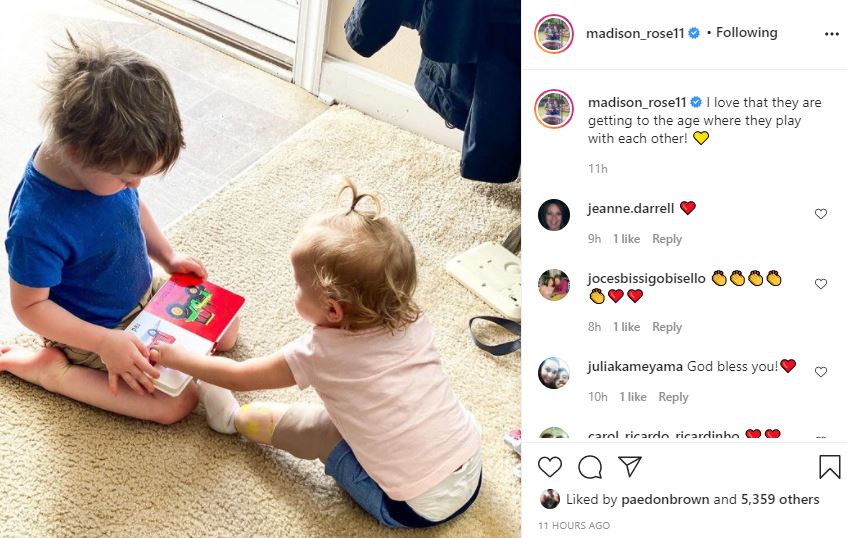 The website notes that kids the age of the son of Sister Wives star Maddie, often start “associative play” at about the age of three. Then, they start playing nicely and even share their toys which is a “hallelujah” moment. No wonder Maddie Brown seems so full of joy when she sees her kids playing together so sweetly.