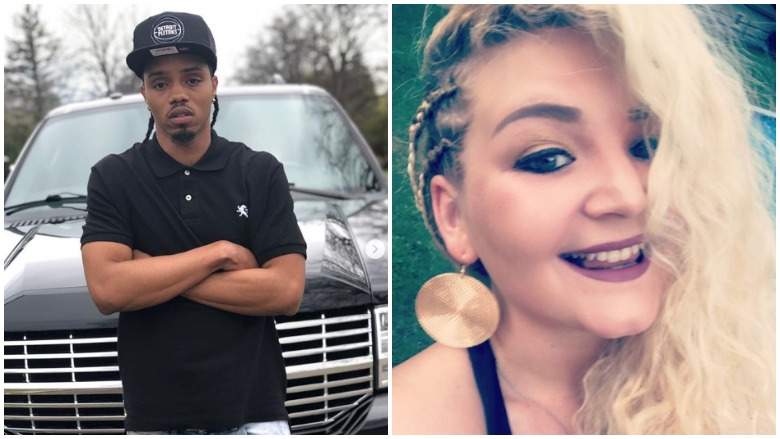 Life After Lockup star Michael Simmons sent fans of the series reeling when he made a grotesque statement recently.

The WE tv personality admitted having sex with women is an effective way to clear his head. And, he uses his “devil d*ck” to do it. Unsurprisingly, viewers at home couldn’t believe Michael had the audacity to say that. And, they were very vocal about their feelings on social media.

The relationship issues of Michael and Sarah have been a focal point of Life After Lockup for several seasons. But, viewers are happy to know the couple might be closing the book on these issues. With a little legal help, anyway. For years, they’ve been connected by their children. Now, sorting out custody may finally be what breaks that connection for good.

Despite having children, their relationship just didn’t work. Why? Well, a lot of reasons. But, one big one was Michael having issues with being faithful. And, he had a bad habit of just coming and going on his schedule. Which wasn’t something Sarah wanted. Now, Michael didn’t really come off as someone who was into the idea of co-parenting legally. He even suggested 50-50 custody. But, Sarah shut the idea down.

Sarah and Michael live in two different cities. And, she doesn’t want her children to spend half of their year living somewhere else. Because they can’t agree… The court will decide for them.

The Life After Lockup star is focused on his sex life

Michael Simmons is clearly just as focused on the other women in his life. In fact, he admitted that he uses sex with women as a way to clear his head. And, he uses his “devil d*ck” to do it. Moreover, he even gave fans entirely too many explicit details during a recent confessional about his sex life. Needless to say, this was something fans wished they could unhear.

“I clear my head with her” Michael is disgusting. I don’t know why he thinks he’s a ladies man? He’s built like a 12-year-old chipmunk. I can’t #LifeAfterLockup #loveafterlockup.” One fan penned in a tweet on Twitter.

Several other fans took to Twitter to exclaim that they had no interest in hearing the details of Michael’s sex life.

Another follower chimed in: “I don’t want to hear about bird chest Michael’s sex life.”

AYE #LifeAfterLockup WE DO NOT CARE ABOUT MICHAEL’S RELATIONSHIPS

So, do you have an opinion on Michael using his “devil d*ck” to clear his head by having sex with women? Did you find the explicit details of his escapades to be too much?

Want to see what Michael says next? You can watch all new episodes of Life After Lockup on WE tv every Friday at 9/8c

Don’t forget to share your thoughts with us in the comments!

Dogs Only? Adam Busby Reveals Why His Girls Don’t Have A Cat
Who Is ‘Say Yes To The Dress’ Star Randy Fenoli’s Heroic Mom?
Lisa Rinna Discovers The Secret To Happiness, Instagram Agrees
Josh Duggar Prohibited By Court From Seeing His Sister Jessa’s New Baby
The Mystery Behind Erika Jayne’s Mascara-Stained Tears