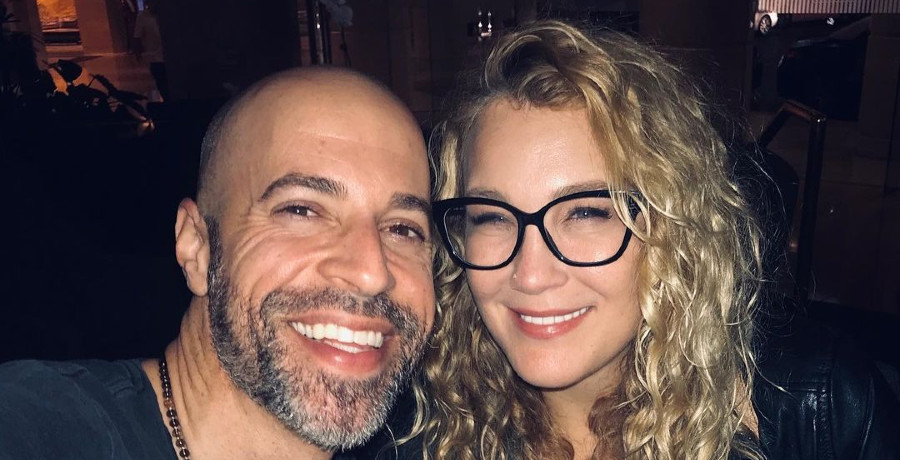 Deanna Daughtry married Chris Daughtry long before American Idol fame came calling. The couple has weathered many storms in their 20+ year marriage. But the latest storm may be their scariest one yet.

Social media followers of Deanna Daughtry may have noticed that she hasn’t been posting as often. And this week, she returned to Instagram after a long absence. The news she had to share isn’t great, but she remains hopeful.

In a long, vulnerable post on Instagram, Deanna Daughtry reveals some of the medical issues she’s been dealing with. First, Deanna let followers know why she hasn’t been on social media the last few months. She was trying to reduce stress and “be present” in her life.

She was also facing several medical issues. For one, she’s going through menopause. During the last few months, she found out she has Graves’ disease, which may be the cause of early menopause.

Other undisclosed medical issues resulted in an ultrasound. Deanna informs her followers that the ultrasound revealed “a large mass” on her left ovary. An oncologist estimated the mass as “the size of a grapefruit.”

What is Graves’ Disease?

Graves’ disease can affect anyone, though it is most commonly found in women. According to the Mayo Clinic, it is defined as “an immune system disorder that results in the overproduction of thyroid hormones (hyperthyroidism).”

Some of the symptoms include “irritability, heat sensitivity, [and] bulging eyes.”

It can also cause irregular menstrual cycles, bringing on early menopause.

Deanna Daughtry May Have Cancer

Graves’ disease generally isn’t life-threatening. However, in Deanna Daughtry’s case, it led to the discovery of the mass on her ovary.

She shared that she is having surgery next week to remove both ovaries. At that time, the surgeons will remove the mass and send off for testing. That will be done while she is “still under” and may result in a longer surgery, depending on the results.

Despite the challenges she’s facing, Deanna Daughtry assures followers that she’s “not scared.” Rather, she feels “extra reclusive” than normal. However, she feels her supporters “deserve” to know what’s going on in her life.

She ends her lengthy post by asking for prayers. Not for herself, but for Chris Daughtry and their four children. She reminds followers that her two older children also need prayers. Especially because they’ve “lost a parent already.”

Sadly, Deanna Daughtry’s ex-husband took his own life in 2018.

Chris Daughtry was on Season 5 of American Idol. Despite coming in fourth place, he has had major success since his time on the show. With in-person concerts paused due to the coronavirus, he has taken his act virtual. His band Daughtry has a virtual concert scheduled with Gigs Live on Friday, March 12.

The singer also appeared on Season 2 of The Masked Singer.

Our prayers go out to Deanna, Chris and the whole Daughtry family during this difficult time.

Peacock Has HUGE Surprise For ‘Psych’ Fans
‘Seeking Sister Wife’ Fans Slam Garrick For His Continued Treatment Of Dannielle
Justin & Claire Duggar May Be Preparing To Start A Family – Here’s Why
‘Below Deck Sailing Yacht’: Why Dani Is Keeping Her Pregnancy To Herself
‘LPBW’ Amy Roloff Dishes Personal Details On Mother’s Day