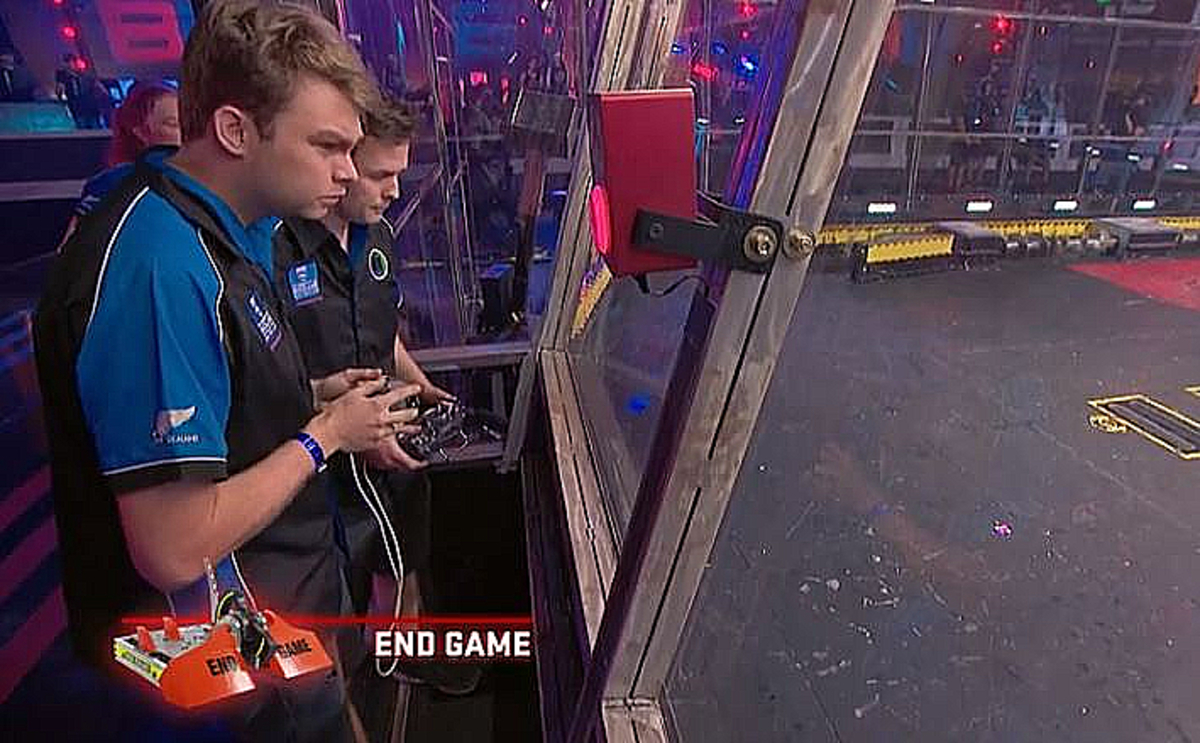 Will it be the End Game for Shatter!? BattleBots on Discovery will not go down quietly, as the season wraps up. We have an exciting preview that shows two fierce competitors who are fighting it out with an audience that is on their feet.

TV Shows Ace just got in a sneak peek clip ahead of the BattleBots season finale on Thursday.

Make sure to watch the clip all the way through as there is a preview at the end for the new Bounty Hunters on discovery+.

The two teams in the ring are End Game and Shatter.

What happens between End Game and Shatter! the BattleBots finale?

We see the two teams in their first-ever quarterfinal appearance, yet only one will survive.

End Game appears to have the advantage as the build boasts long forks to get underneath. The opponent, Shatter, has a hammer that can break apart the sturdiest of competitors. End Game is equipped with a single toothed vertical spinner bar and a lot of metal moxie.

In the preview, his Bot seems to be taking the brunt of End Game’s lift and flip capabilities.

End Game is a construct of a team from New Zealand sponsored by the University of Auckland Faculty of Engineering and OYES Robotics. The team is lead by mechatronics engineer Captain Nick Mabey at the helm.

Discovery describes this Bot as a heavyweight robot built by New Zealand team which competed in all three seasons of the BattleBots reboot on Discovery and Science Channel.

BattleBots: Bounty Hunters has ramped up BattleBots excitement, as the sport has some of the top robot legends including Tombstone, Bronco, Witch Doctor, Son of Whyachi, Beta and Icewave. Each of them has smashed countless competitors before them.

In each episode, challengers will compete for the right to become the Bounty Hunter and fight a Legend. The prize: a unique place in BattleBots history, and the major share of a $25,000 cash prize payout eac episode.

Like in the regular season of BattleBots, each episode highlights the design and build of the competing robots and profiles the teams behind them. Competitors come from all types of backgrounds – from families to university students and everything in between. Every machine is homemade and constructed from a variety of materials with custom-built weaponry to destroy the competition.

Tune in to see if End Game will defeat Shatter! or if there will be an eleventh-hour save and surprise turnabout by the American BattleBot.

In addition to watching BATTLEBOTS: BOUNTY HUNTERS on Discovery+, viewers can join the conversation on social media by using the hashtag #BattleBots and following Discovery on Facebook, Twitter, and Instagram. Fans can also use the BattleBots AR filter (WT) on Instagram, Facebook, and Snapchat to share which bot the randomizer selects for them.