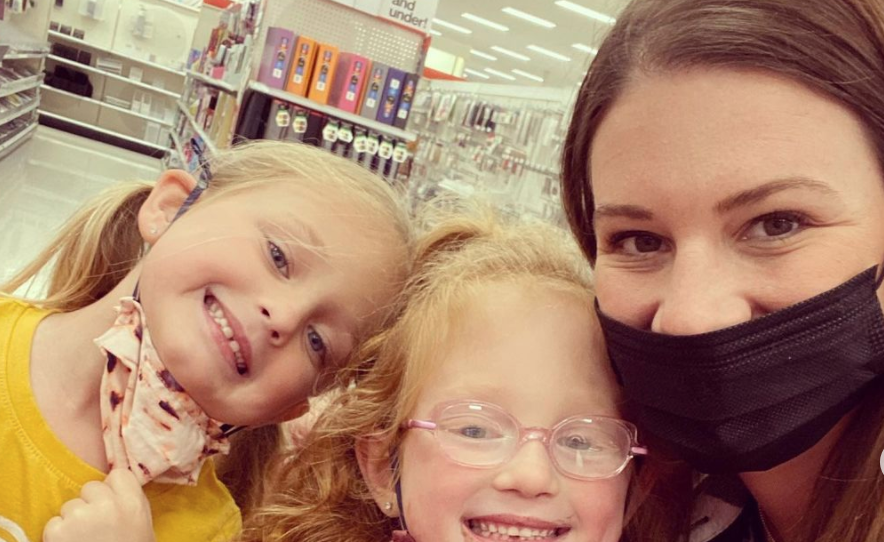 The new episode of TLC’s OutDaughtered features all kinds of drama, as usual. With six young daughters, Adam and Danielle Busby are always busy. In the midst of Covid and home renovations, things are even crazier for the large family. See the OutDaughtered preview here.

Note that this article contains details from the March 9 episode of OutDaughtered.

As TV Shows Ace previously reported, Uncle Dale Mills tested positive for the virus. In a new preview for the upcoming episode, Danielle reveals that this was one of her worst fears. After all, it would be hard to keep all of the little girls separate from one another.

In the clip, Danielle and Adam head to get tested for the virus. Meanwhile, the girls stay at home with Michelle Theriot, who they refer to as Grandma MiMi. She enjoys some quality time with the kids while their parents are gone.

Though Danielle and Adam can’t take the camera into the testing facility, they talk about their experience when they get back to the car. Adam says his eyes are watering, while Danielle’s nose itches. Danielle says that Adam “definitely cried,” but he denies it. He says he was afraid “snot would come out,” when the swab was taken out of his nose. Of course, Danielle is grossed out.

Danielle says, “It’s definitely a scary position to be in,” as the couple has to wait 24 to 48 hours for their results.

In another clip from the new episode, the family’s home is being remodeled. Viewers of the show know that this is no easy task, and Danielle is worried about the kids. While the home is being worked on, Danielle and Adam are approached about an issue. They are told that they “have a situation,” and they’re led downstairs.

A leak that had previously been fixed is actually worse than the family originally thought. When Danielle asks how it can be fixed, she’s told that the wall will have to be torn down and the stairs will have to be completely rebuilt. The family will have no stairs temporarily, and they won’t be able to go up or down the stairs until it’s fixed. So, they’re met with the challenge of finding somewhere to go.

Construction madness! See how a full house of Busbys deal with it all and catch a new #OutDaughtered tomorrow at 8/7c. 💥 pic.twitter.com/dwImSJoJb9

So, will you be watching the family’s newest episode? Let us know in the comments below.

Don’t miss the new episode of OutDaughtered on Tuesday night at 8/7c.

For the latest OutDaughtered previews and news, check back with TV Shows Ace.

Whitney Way Thore Tired, Exhausted, & Annoyed By It All
‘Hunting Atlantis’ Exclusive: Stel Pavlou And Jess Phoenix Search For Lost City of Gold
‘The Bold & The Beautiful’ Spoilers, July 26-30, 2021: Finn Gets A Family
Audrey Roloff Reveals Why She Kept Her Pregnancy A Secret
Pregnant Robyn Brown Popping Out Baby To Save ‘Sister Wives’?!