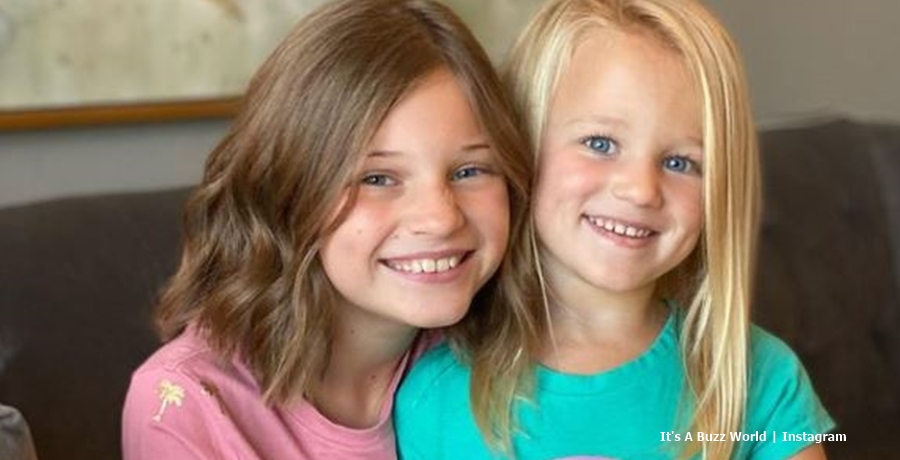 Blayke Busby features in a lot of photos by Adam and Danielle. Recently, they both posted about their beautiful daughter. It almost seems like she suddenly shot up and looks so grown up, that it caught them by surprise. Many OutDaughtered fans agree that she really twins with her mom a lot. Meanwhile, others think that Parker might also look a bit like Blayke, only with blond hair.

Blayke Busby grows tall and slim like her mom

We reported that three or four photos went up on the Busbys’ Instagram accounts recently. One of the first ones revealed Blayke dressed for her dance class. And Danielle called her daughter “beautiful.” In that post, fans commented that she looked so much like Danielle, they could actually be twins. More came from Adam though, and he shared other photos where he talked about Blayke’s beauty. Well, he fell in love with her mom, and she’s beautiful, so clearly he enjoys the likeness.

On January 30, we reported that the Busby family went on vacation to Williamsburg, VA. And Adam shared a new portrait shot of Blayke Busby. He wrote about his “beautiful daughter.” And so many fans noticed that all of a sudden it look like Blayke seems very grown-up. OutDaughtered fans gushed over the photo. And more posts in a similar vein came from Adam as the days passed by. Now he shared another one and she looks quite a bit older than she really is.

Adam shares another photo and his daughter looks all grown up

Blayke Busby is now nine years old but she looks like a teen in the photo that Adam posted on his @itsabuzzworld account. The quints’ big sister featured in a photo with the OutDaughtered mom, which highlights the likeness between them. He captioned the photo with, “Sunset at the park and blown away at how grown up Blayke is looking in this photo with @dbusby! Omg.”

Naturally, fans of Blayke Busby rushed to comment on the picture. Actually, in the past, some critics felt that Adam and Danielle shared only a few photos as she didn’t count as much as the quints. So, they like it that these days, photos of the pretty girl come along more often. One fan commented, “At first glance I thought Danielle was a guy and Blayke was Danielle🤭🙃.”

Lots more comments about Bayke Busby came in on the post. Here’s what some of them said:

What do you think? Does Blayke Busby all of a sudden look grown-up like a high school teen? Sound off in the comments below.