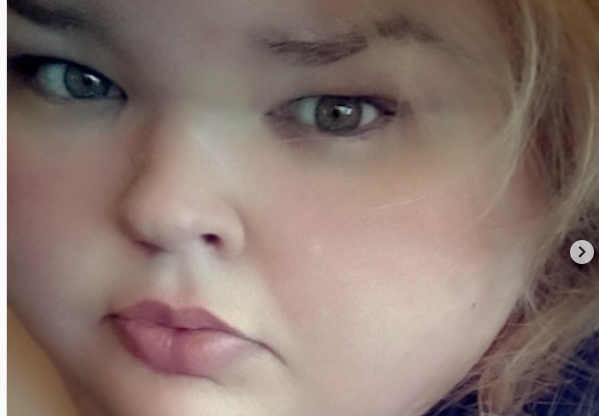 Tammy Slaton recently made headlines when news of a possible s*x tape with Jerry Sykes emerged online. Now, fans are flocking to the star’s latest TikTok vid that insinuates that Jerry might not be the only one interested in her physically. Read on to get the details.

Queen Tammy is Back on TikTok

Many devoted 1000-Lb Sisters fans follow the ladies on social media. Those who support Tammy Slaton in particular have taken to calling her “Queen Tammy” on social media. The 650+ reality star regularly posts on Instagram and TikTok with various videos. While the content is lacking in substance most feature Tammy posing to various songs. She often shows off various hairstyles and makeup looks for fans.

On Sunday, Tammy posted a video to TikTok that grabbed a lot of people’s attention. The plus-sized celeb wore a bright yellow top and wore her hair in two small high-set buns on either side of her head – a style that many fans have lovingly dubbed “space buns”. Her makeup was light and natural and featured a natural-toned eye and a flattering hint of blush. She capped off the look with a glossy nude lip gloss. Many felt that this was a lovely look for her and a welcome change from the ‘frumpy’ Tammy that we normally see during weekly episodes.

As has been normal recently – Tammy is wearing her oxygen for post-Covid treatment, but that is not what grabbed followers’ attention. What got people talking was the choice of music that she was posting to.

In the short clip, the song in the background featured some lyrics that definitely grabbed people’s ears in a hurry. Her music choice was a new female power-centric rap track from Meghan Thee Stallion called “Southside Forever Freestyle“.  Known for her lewd, raunchy lyrics and non-apologetic vibe, Stallion’s new hit features the lyrics, “I can’t even take half of you b****** seriously/ Half of y’all don’t know if y’all don’t f*** with me or if you wanna f*** me.”

During the clip, Tammy Slaton leans her face at different angles – even stopping a moment to make ‘seductive’ duck lips at the camera.

The clip has caught fire on the TikTok platform, receiving more than 3.2M views in less than a day.

Surprisingly – many of Tammy’s fans were VERY supportive of the latest vid. They took the stance that the video was less about being provocative and more about Tammy displaying confidence in herself. The video gave fans hope that ‘Queen Tammy’ still has some fight left in her.

In the latest episodes of the show, viewers have been disheartened at Tammy’s continued weight gain and lack of effort when it comes to her health. Videos like this, however, where Tammy is taking pride in her appearance and interacting with people shows that just maybe there is hope for her yet.

The comment section was a very positive place. In addition to the smattering of fire and heart emojis – many fans took the time to leave words of encouragement. Many hoped that this would uplift and motivate her. 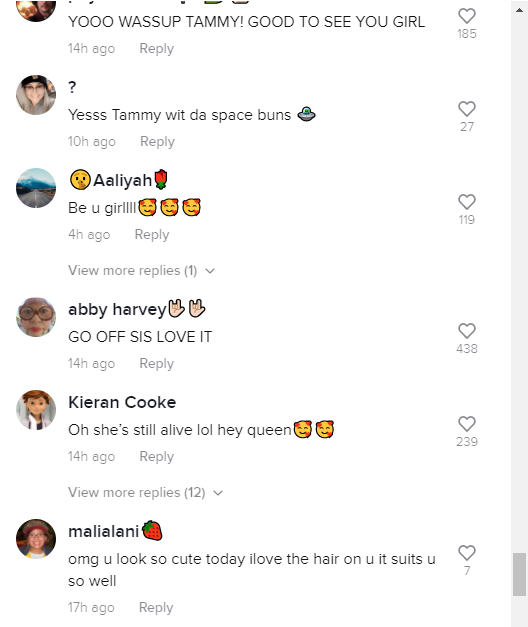 What do you think about Tammy Slaton’s latest social media video? Tell us in the comments! Be sure to visit our Homepage daily to get the latest news on all your favorite reality television shows and stars!