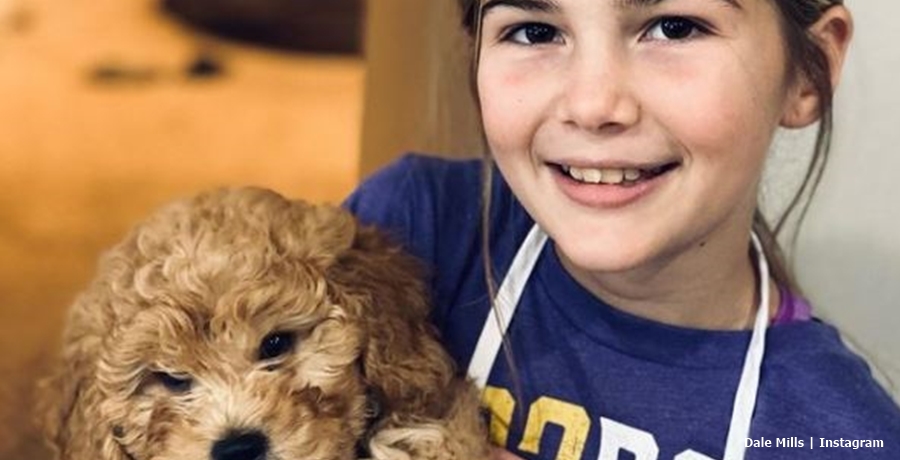 OutDaughtered fans know that Uncle Dale hangs out with the Busby family a lot. But he’s also got his own life and his own family. And recently, they acquired a new dog. He first shared about it six weeks ago and even started an Instagram page for his Golden Doodle doggie. Now, he shared a photo on his own page of himself twinning with the cute pup.

TLC fans know that Danielle Busby got a little Frenchie named Beaux. The quints and Blayke and in particular, Danielle seem smitten with the pup. We reported that at first, she seemed unhappy with the dog. In fact, she felt that she already has enough on her plate with six kids without more things to look after. However, she soon became the biggest fan of Beaux. And each Christmas she remembers a little stocking, especially for the pooch. Somehow, fans thought Beaux in the Busby family made the complete.

OutDaughtered fans also think that Uncle Dale’s pup made his little family complete. Uncle Dale already married the quint’s aunt Kiki and produced two nice kids, McKenzie and Brinson. So, TLC fans loved the idea of the pup finding a home with them. In the first photo he shared of Kobe, one fan commented, “So cute!!! ❤️❤️ now the Mills are complete!! Love y’all!! 😍😘.” The puppy named Koby only has eight posts on its Instagram. However, it already racked up over 5,000 followers.

Twinning with the cute pup

The OutDaughtered uncle took to his main Instagram page on Sunday, March 7, and shared a very cute photo. He explained that he forgot to share it before. The picture revealed him holding Kobe. And both of them wore the same colors. His caption said, “Forgot to post me and @kobemills24 matching Mardi Gras Polo/Bandana.”

Of course, a lot of fans loved the photo. Who doesn’t like puppies and uncles with such a great sense of humor? Here’s what some of them said:

Other OutDaughtered fans thought the photo of Uncle Dale and Kobe should go on a magazine cover. Do you think Unce Dale probably shares a lot more twinning outfits of his dog Koby in the future? Probably, fans of the show should at least see the cute pup twinning with McKenzie at some stage. Sound off your thoughts in the comments below.