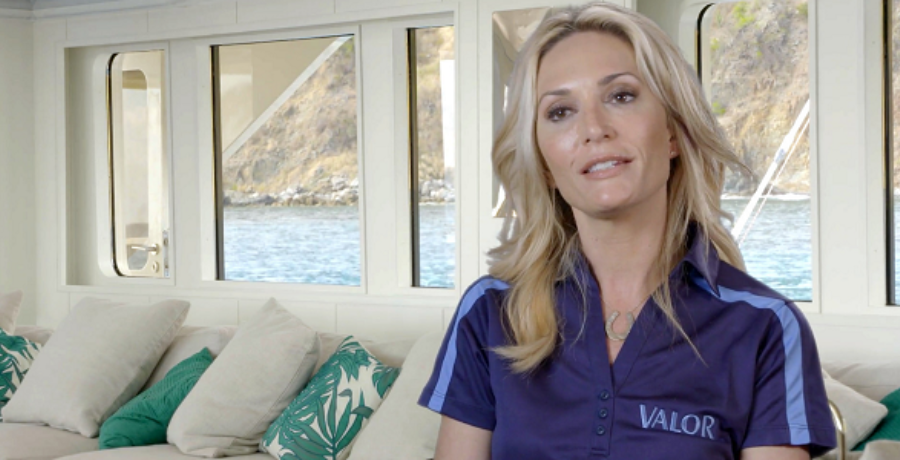 Kate Chastain shocked Below Deck fans when she announced her exit. She left the show and the yachting life behind after Season 7. Kate worked for Captain Lee Rosbach since Season 2 and was excellent at her job. Plus, fans loved Kate’s sarcasm and sense of humor.

It led to six successful seasons of charters. But she grew increasingly unhappy with her career as the years went on. What also didn’t help is that Season 7 was filled with difficult moments with the male crew members. Fans call that season one of the worst to watch.

After filming ended, Kate moved from Florida to New York and started a radio series called Unapologetically Kate Chastain. But then she moved back home to Florida in the midst of the pandemic and her future plans stalled.

What happened to Kate Chastain?

Kate Chastain revealed that she worked on yachts long before starring on the Bravo series. She even wrote a book about her experience titled Lucky Charming. While she enjoyed most of her time on Below Deck, she wanted to do something else. This led to her retirement from the yachting life. In February 2020, Kate announced via Instagram that she is leaving the series behind.

That’s also when her career stalled. In an interview with Entertainment Tonight, Kate teased her new production company. It became remote due to the ongoing COVID-19 pandemic. According to Screen Rant, Kate also owns Genesis Boutique, which is a non-profit store in Florida that raises money for Genesis House, a homeless shelter for women and children.

She wrote her announcement like Prince Harry and Meghan Markle’s statement about stepping down from their senior royal positions. She even joked that she wants to become “financially dependent.” Prior to leaving the show, Kate made $75,000 a year and even had an estimated net worth of $300,000. Not bad for being a Bravo star and working as a chief stew.

Will she ever return to Below Deck?

Kate has not left the Below Deck universe behind. She appeared in a short-lived series called Watch With Kate, where she gave commentary on Season 5 of Below Deck Mediterranean. She was also involved in the spin-off series Below Deck Galley Talk, where she and former crew members watched new episodes of the show and shared their reactions.

Kate made it clear that she no longer wants to work as a chief stew. Instead of running the interior, she would return as a third stew. Kate thinks that third stews don’t consider themselves lucky since they have little to no responsibilities. As a chief stew, she was in charge of everything, from tablescapes to motivating the crew members.

She has no intentions of returning to Below Deck in the future. However, that hasn’t stopped fans from speculating. She didn’t fully enjoy her job as a chief stew and is ready to find her next career. But since she’s no longer a co-host of Bravo’s Chat Room, fans are wondering what her next step entails. So, there’s still a chance that she could make a surprise return to the show.

What do you think? Do you agree that Kate will return to Below Deck? Sound off below in the comments.