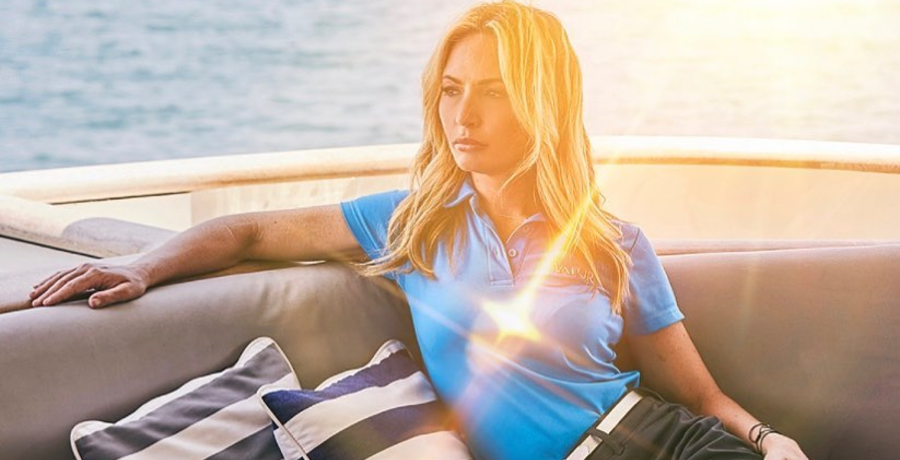 Fans wonder if Kate Chastain could return to Below Deck. Yesterday, TV Shows Ace reported that she left Bravo’s Chat Room. She will not be returning for Season 2. But Kate hasn’t shared that news with her fans. Instead, Bravo confirmed the news.

It’s unclear why Kate left the show behind. But fans are wondering if she will reprise her role of chief stew. Last year, Kate announced that she was leaving the show behind after Season 7. Now, there are theories that she could be filming Season 9.

Some noticed that her disappearance from Bravo’s Chat Room coincided with Below Deck’s filming schedule.

Below Deck fans theorize whether she will return next season

Over on Twitter, one fan posted a survey on whether Kate Chastain will return to Below Deck. The tweet reads: “Kate is quitting her chat room show. The timing is right for her to come back to BD filming next season. Do you think she will be back for season 9?”

However, the results revealed that most fans don’t believe that Kate will return to the series. But some are still holding out hope. New chief stew Francesca Rubi received a lackluster response this season. Fans couldn’t help but compare her to Kate. Some are even begging Kate to come back.

“[Kate Chastain] please tell me you’re leaving the chat room because you’re on a superyacht filming next season’s #belowdeck ?!? We need you Kate!!” one fan tweeted.

While Kate is no longer hosting Bravo’s Chat Room, she’s still a producer of the show. This may not work with her plans to return to yachting. “Trying to wrap my head around this because my understanding is that Chat Room was part of a production slate Kate had with Bravo. Is she returning to Below Deck?” the fan questioned on Twitter.

Kate is quitting her chat room show.
The timing is right for her to come back to BD filming next season.
Do you think she will be back for season 9?
#BelowDeck

Would Kate Chastain return to her role as a chief stew?

The fans on Reddit had their own theories. One fan predicted that both Kate Chastain and Eddie Lucas will return to Below Deck Season 9. When Kate announced her retirement, she made it clear that she was ready to focus on other projects. But the pandemic could have messed with those plans.

Since then, she explored the idea of becoming a Sirius XM radio host and launched her own dating show on Bravo, Ghosted, not to be confused with MTV’s Ghosted. Here’s what the Reddit user thinks.

“Kate is no longer on her other TV show, even though it was renewed for a second season […] Eddie was promoted to 1st officer, why bother showing that scene on the show if he isn’t coming back?” the fan wrote. “[…] I think they both know they are coming back, and they have proven they can get along.”

Most fans love the idea. They would love to see Kate and Eddie back with Captain Lee again. It would make for a promising Season 9. Another fan revealed that filming has already started, but it’s unclear who is returning.

The only reason she would return

In a previous interview with ET Online, Kate Chastain revealed the only way she would return. If she had her fellow stew and former BFF Josiah Carter with her along for the ride.

“I have an idea of how this is going to work,” Kate told him during the interview. “Josiah, I think you should be chief stew next season, and I would come back to be the third stew.”

Even Below Deck fans on Reddit think Josiah could also return for Season 9. In his latest Instagram post, he revealed that he was supposed to replace outgoing third stew Elizabeth Frankini. He was about to board a plane for Antigua and Captain Lee called him just minutes before his flight. The charter season got canceled due to the pandemic.

Fans are holding out hope for all three former castmates to return. As for Kate, she has remained quiet on her future plans. She hasn’t announced her departure from Bravo’s Chat Room. Also, Below Deck Galley Talk ended its first season.

What are your thoughts? Do you think Kate will return for Season 9? Sound off below in the comments.

The Below Deck Season 8 reunion airs Monday, February 22 at 9 p.m. ET on Bravo.

Update On Nicole Lewis From ‘My 600-lb Life,’ Where Is She Now?
Where Do Meri Brown and Maddie Brush Stand In Their Feud?
Jon Gosselin Pleads With Kids To Come Visit Him
Drama! ‘The Young And The Restless’ Spoilers For March 4 & 5
Is Robyn Brown Financially Independent Of Kody?