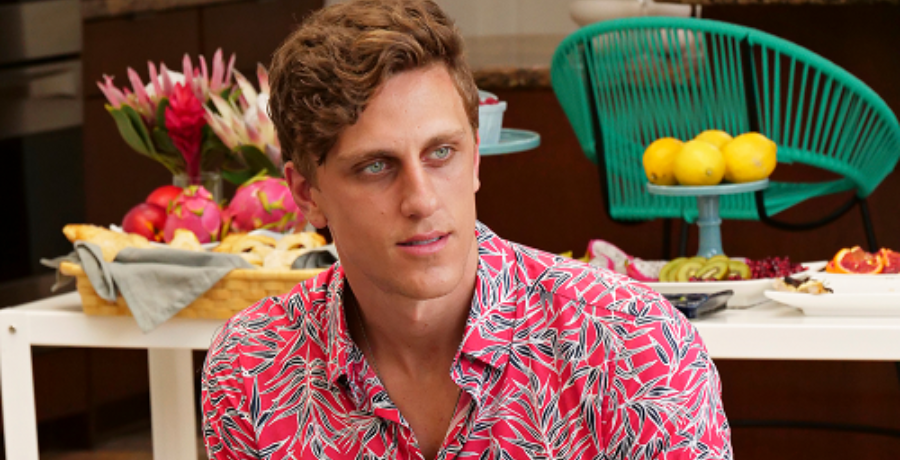 Temptation Island alum Evan Smith revealed he’s suing USA Network and its showrunner. In Season 1 of the series, he left his girlfriend, Kaci Campbell, for another single he met on the show, Morgan Lolar. Their fast-paced relationship got heat from fans. Shortly after appearing on the series, Evan popped the question.

But their happy bliss didn’t last for long. Morgan exposed Evan on social media. She claimed that he cheated on her with a series of young Instagram models. The couple broke up in January 2020 after just months of dating. She accused him of being a “master manipulator.”

Over the weekend, Evan announced that he’s filing a lawsuit against USA Network and the first season’s showrunner, Scott Jeffress.

On Saturday, March 6, Evan Smith took to his Instagram Stories. He shared a photo from his latest trip to the island. Also, Evan held a Q&A on Instagram. One Temptation Island fan asked him if he would ever go on a similar show. Apparently, Evan is against the show because he plans on suing the showrunner and network.

“Actually filing a lawsuit with @USA_Network and the showrunner for my season,” Evan answered. “@TheScottJeffress so I doubt any networks will touch me after that.”

One fan screenshotted his response and shared it on Reddit. The viewer wanted to know why Evan planned on suing the network and its showrunner. Many fans don’t think he has a case due to the contracts that contestants sign at the start of the show. Another claimed that he’s “all talk.” Here is some of the reaction:

TV Shows Ace previously reported that Evan has a new job but it’s not what you think. He’s been actively promoting his OnlyFans account on social media. Most of his exes revealed that he doesn’t have a job even though he gets to fly around the world. He spends people’s money and never pays them back, according to Monsters & Critics.

Since his time on Temptation Island, Evan has moved to Mexico. When Morgan exposed him, he deleted his Twitter account and returned months later. Prior to their split, he relocated to California, where they planned on living together.

But now, it’s safe to say that the couple will never get back together. This month, he announced that he permanently relocated to Mexico since the COVID-19 pandemic turned Los Angeles into a city he no longer recognizes. Evan posts a lot of clips of himself partying down there. Most of the partygoers don’t wear masks.

One fan asked him about the lawsuit. However, he never responded. Evan never talks about himself. Instead, he only posts about partying, smoking marijuana, working out, and enjoying the single life. But he might also have to keep quiet due to the legal issues involved.