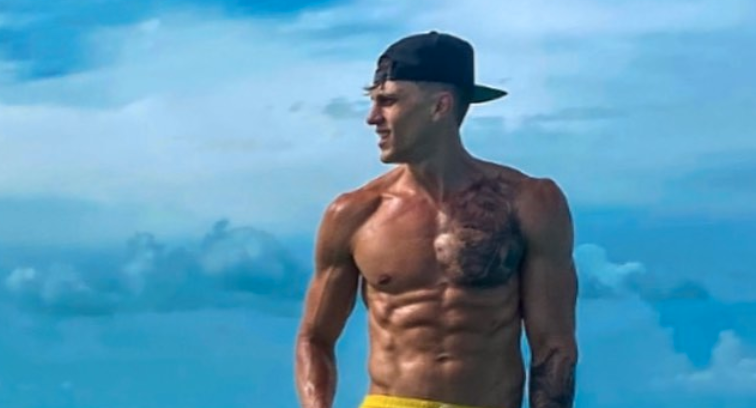 Temptation Island Season 3 may have just started, however, some stars from Season 1 are still shocking fans. Right now, they are talking about Evan Smith. Apparently, he owes his exes a lot of money but doesn’t seem to have a super solid job. He is, however, currently promoting his OnlyFans account.

What is Evan’s job?

There have been lots of rumors flying around from Evan Smith’s exes, that he doesn’t have a job. Apparently, he spends a lot of people’s money and never pays them back Monsters & Critics reveals.

“Evan is very much a man of patterns. What he wants is a comfortable situation. He wants his bills paid,” Kaci, one of Evan’s exes says.

Morgan Lolar agrees saying “He didn’t work the entire time that he lived with me for almost a year and a half. I supported him financially and his excuse for abruptly leaving two days before we were supposed to move to L.A. was that he needed to go ‘work’ to be able to pay me back.”

Morgan even says that he says the chip on his credit card is worn out so he has to ask for money every single time he goes out.

The job thing seems to be true – almost. The former Temptation Island star does seem to have one income. Of course, it’s an OnlyFans account. According to Monsters & Critics, Evan has a Linktree in his Instagram account that leads to his OnlyFans. From there, fans can pay $15 a month for whatever content he chooses to share.

Temptation Island started last week. The couples have met their singles and said their goodbyes to their partners. Now, it’s just a matter of who will stay together and who will separate. There are rumors though that at least one couple will stay together.

While there is no official proof, it seems that Erin and Corey may end up back together at the end of Temptation Island. However, Erin did tag Corey in a post. Not only that, but Corey commented on a post from November saying that Erin takes his breath away.

During the first episode of the season, they really seemed to have a lot of chemistry and even held hands as the singles introduced themselves. Of course, only time will tell if they are able to survive Temptation Island.

Are you watching Tempation Island this season? Let us know in the comments below. Come back to TV Shows Ace for more news on all of your favorite reality TV stars.

What’s Next For Lexi Martone And ‘Unpolished’ After That Finale?
Tammy Slaton Defends Jerry From Her Family, Did They Break Up?
‘My 600-lb Life’ Update On Amber Rachdi: Where Is She Now?
Christine Brown Reflects On Goals On March 4
Isabel Rock Opens Up About Her Dad & Jacob