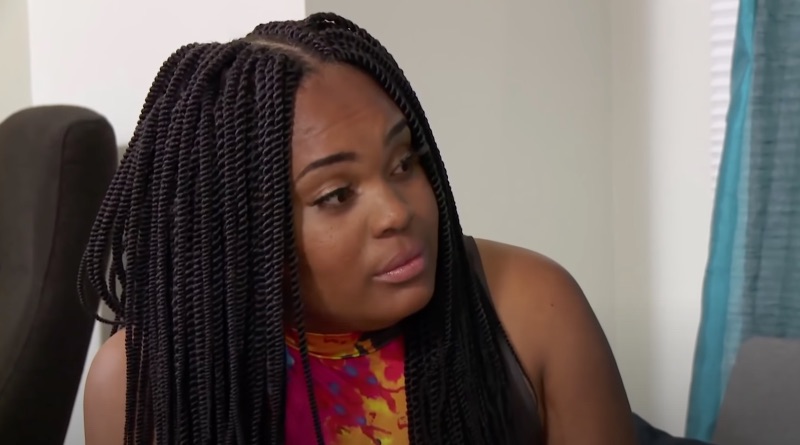 Love After Lockup cast member Shavel Moore took a page out of another star’s book from the popular WEtv franchise. What did she do?

Love After Lockup: Shavel Moore Taking a Page out of Brittany Santiago’s Book

Love After Lockup watchers know Shavel Moore for her time filing the WEtv show and its spinoff with Quaylon Adams. But it looks like she is going to add author to her resume as well. According to Starcasm, Shavel wrote a book that will be readily available for WEtv fans to read.

Meanwhile, as Love After Lockup fans know, this isn’t the first time a WEtv cast member decided to try their hand at writing. Brittany Santiago released a memoir chronicling her life and her time in the streets. And the feedback she got from that has been largely positive. And it looks like Shavel Moore wants to follow in her footsteps.

In addition, Love After Lockup watchers remember Josh Hyatt from his time filming the series with Cheryl Childers. Turns out, he wrote a fiction book. So, it seems Shavel Moore is the latest celeb to go the writing route.

What is Shavel’s Book About?

Shavel Moore’s new book is called Jail Lies. And unlike what Brittany Santiago did, Shavel’s book isn’t a memoir. In Shavel’s case, her story talks about the “manipulation” that happens when you talk to someone on the inside. Love After Lockup fans are well aware of how criminals play their civilian lovers to obtain money and other advantages. And it seems Shavel wants to shed light on that issue.

In her own words, Shavel Moore said that the purpose of her book is to “help women” that are talking to people on the inside – as well as those that are considering it. With the popularity of things like prison pen pal websites, there’s certainly a number of people that like the idea of talking to an inmate.

Given the nature of Shavel Moore’s upcoming book, there’s sure to be more than a little shade-throwing at her inmate lover, Quaylon Adams. As Love After Lockup watchers know, they have their fair share of issues – and their relationship history is a complicated one. Meanwhile, after all the years she spent talking to him behind bars, no doubt Quaylon was a source of inspiration for her story.

Meanwhile, for any Love After Lockup followers interested in reading what Shavel Moore has to say, the book will officially be out on March 13. And Shavel will also be available for a book signing on release day. Viewers can pre-order their copy now – along with other merchandise like shirts and mugs.