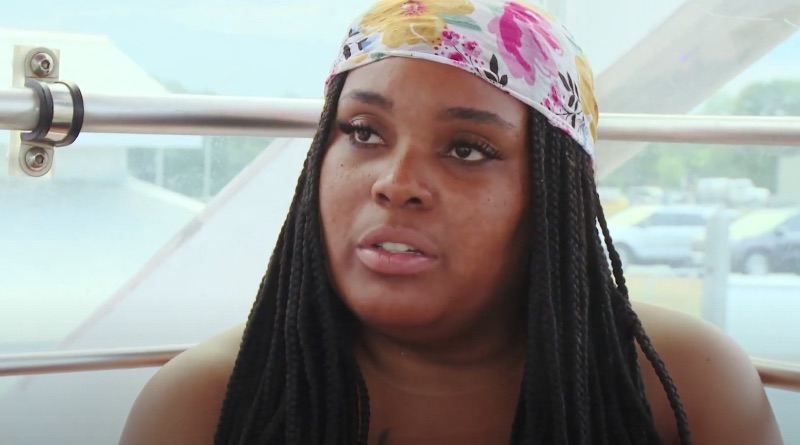 Life After Lockup cast member Shavel Moore has been in the spotlight for some time now with Quaylon Adams. And along with criticizing her relationship with the former inmate, many watchers go in on her for her image too. But it looks like she may do something about that soon.

Life After Lockup: Critics Go in on Shavel Moore

Life After Lockup cast members are an easy target for viewers. Whether it’s something related to their behavior, or the way they look, there’s plenty of fodder every season for watchers to pick apart. And along with stars like Lindsey Downs, Destinie Folsom, and Shawn Osborne, Shavel is a frequent target.

In addition, the drama playing out with Quaylon Adams in recent weeks is a lot for fans to pick apart as well. Mainly because even with all the fighting between the pair, Quaylon finally popped the question – and Shavel accepted. Still, a lot is going down in real-time that differs from what currently airs – including Shavel wanting to change things up.

For a lot of Life After Lockup stars, being in the spotlight puts extra pressure on them. This is especially true as far as their image is concerned. And it seems Shavel Moore is ready to do something different. Shavel considers going in for a Brazilian Butt Lift. Those that watch shows like 90 Day Fiance will be familiar with this. It’s something Larissa Dos Santos Lima went in for. One of many procedures for the star.

When it comes to a Brazilian Butt Lift, the procedure combines liposuction with butt augmentation fat transfer. Essentially, it uses fat from your own body and puts it elsewhere to create a curvier appearance overall. There’s no word on whether the Life After Lockup star will officially go through with it. But it looks like it’s something she strongly considers – especially now that she is in the public eye.

Life After Lockup Star Wanting to Land a New Man?

Even though Shavel Moore said yes to Quaylon Adams’ proposal on the most recent episode of Life After Lockup, the off-camera situation is drastically different from the one playing out in current episodes. Even though Shavel is happy with her ring on the show, it looks like a lot happened since filming wrapped.

Life After Lockup cast member Quaylon Adams was recently on the Domenick Nati Show. And while there, he dished on his current relationship status with Shavel Moore. He referred to himself as a “single man”. And he added that the pair still have a lot of issues they need to work through.

So Shavel contemplating this latest procedure could be a way for her to win Quaylon back – or make him jealous if she has her eyes on another man. Either way, this is definitely a situation to watch.

Netflix Anime: ‘Monster Hunter: Legends of the Guild’ Release Date, Trailer
Would Michael Allio Accept An Offer To Be ‘The Bachelor’ Next Season?
Are Kim Kardashian & Kanye West Co-Parenting Successfully?
2 Other ‘RHOBH’ Stars Are Dealing With Their Own Legal Drama
‘Sister Wives’ Janelle Brown Admits To “Stalking”?