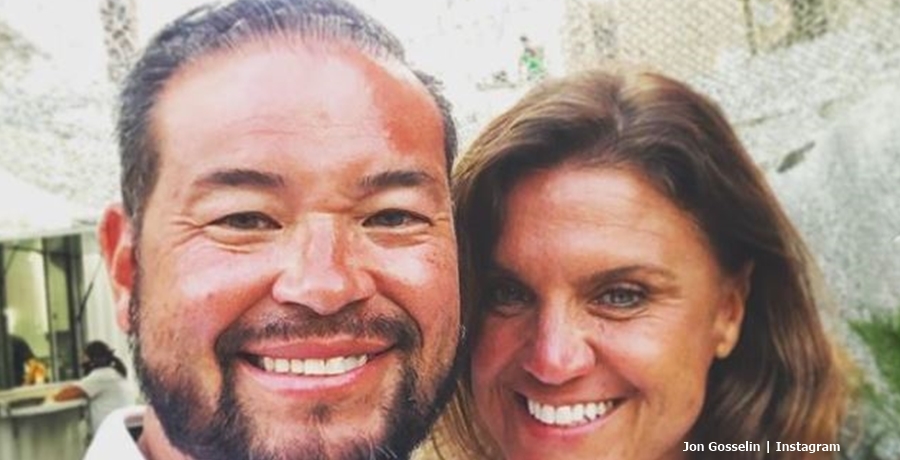 Jon Gosselin went to the hospital with COVID-19 and details of his illness came out in January. He spoke with Dr. Oz remotely and mentioned that he never told the kids that live with his ex-wife, Kate, about it. Now, he returned and this time, he spoke live with Dr. Oz about his second trip to the hospital. This time, things seemed a bit scarier as he developed blood clots.

When Jon got out of the hospital after his COVID-19 he said he nearly ended up on a ventilator. But obviously, things didn’t clear up very fast. In his follow-up interview with Dr. Oz, he said that he carried his oxygen around with him. It’s interesting just how much media attention Jon got from his COVID-19 diagnosis. After all, it’s been a long time since he featured on the Jon and Kate Plus 8 show on TLC.

We reported that one thing that emerged is that Jon Gosselin finally spoke publicly about hoping his estranged kids reach out to him. Or to his two kids Hannah and Colling who live with him. He still hopes for a reconciliation with twins Madelyn and Cara, and the other 16-year-old sextuplets Aaden, Alexis, Leah, and Joel. Perhaps in time, he gets his wish, and the kids at least bond as a family. US Weekly noted that Jon said he thought his daughter Hannah told Leah that he went to the hospital but none of the kids reached out to him. Maybe his second visit there with blood clots made him more aware of the shortness of life.

Describing the symptoms of DVT

In the new interview with Dr. Oz, it emerged that Jon Gosselin felt concerned because he experienced pains in his legs. He actually experienced it for a while. First in one leg and then the other. But he just thought it might be caused by lying still for so long. In the kitchen one day, he felt faint and the leg hurt. So, he called up the medical professionals and requested a scan. Maybe he was a bit more aware of the potential of blood clots as he lives with Colleen Conrad who works in the medical field. So, he went along but they never gave him the results straight away.

Dr. Oz asked Jon Gosselin to describe the sensation of pain so viewers could watch out for it. He noted that it feels like a stabbing pain in a specific place. So, it’s not a sort of squeezing sensation. And it really hurts. After his scan, he left but on his way home, he got a call and he heard that he should go straight away to the A&E. He called up Colleen and told her they said he had a DVT, (Deep Vein Thrombosis). Alarmed, she told him to get there fast.

Fears of a pulmonary embolism

At the emergency rooms, the nursing staff told Jon Gosselin they feared he might end up with the clot in his lungs. That’s called a pulmonary embolism and is potentially fatal. Dr. Oz then produced real lungs and showed Jon what might have happened if he left the condition untreated. It’s rather graphic, so viewer discretion is advised. But it might also save your life one day:

On another note, in the interview with Jon Gosselin, it emerged that he drove himself back to the hospital. Perhaps try and get someone else to drive you if that happens to you. Or call an ambulance. Luckily, the clot didn’t move and give the TLC alum a lung metabolism on the road.

Maddie Brown Brush Is Proud Of Her Mom Janelle & Here’s Why
Anna Duggar Shares Ironic Message With Inmates
What Is ‘Bachelorette’ Katie Thurston’s Net Worth?
The Scary Reason Why Trent & Amber Johnston Chose To Adopt
Why Does ‘sMothered’ Star Cher Look So Familiar?