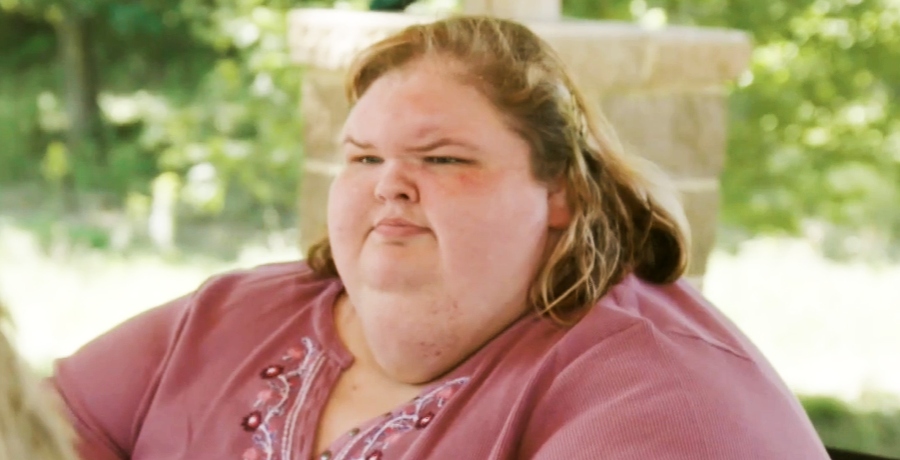 If you’re keeping up with 1000-lb Sisters, you probably are familiar with Tammy Slaton. PEOPLE Magazine recently revealed Tammy currently weighs in at about 665 lbs at the moment. The TLC star struggles with depression, which also contributes to her weight gain. However, there is so much more to Tammy Slaton than her size. Keep reading to find out some interesting facts about her.

According to TV Guide Time, Tammy is about 5 feet, 9 inches tall. So, height-wise… She’s actually really tall for a woman. Her birthday is July 27, 1986 which makes her 34 years old. She’ll celebrate her 35th birthday this summer.

Interestingly enough, Tammy’s height and age are frequently searched via Google. And, there’s a lot of misinformation floating around on both. So, be careful where you pull this information from!

Before Tammy and her sister Amy became TLC stars, they actually got their start on YouTube. Many fans are familiar with their “Chubby Bunny Challenge” video. Check it out and see for yourself.

Even though they’re celebrities now, both Amy and Tammy Slaton are involved on their YouTube channel. Interacting with fans is half the fun for them.

Many fans wonder if Tammy Slaton has any other health conditions due to the large lump on her forehead. However, this bump is just a result of Tammy’s weight. It’s actually just a fat socket.

Tammy Slaton is part of the LGBTQ+ community

This season, Tammy revealed she’s a member of the LGBTQ+ community after coming out as pansexual. This season, she said she felt that “love is love” and that she would be open to dating anyone.

“I always thought I was bisexual, and then I started talking to one of my friends and she told me she was pansexual, and I asked her kind of what it meant,” Tammy said on the show. “It means you love everybody, not just the same sex. And I was like, ‘Well, I guess I am too,” because I wouldn’t mind being with someone who’s transgender, or whatever.”

Up until recently, Tammy was romantically involved with Jerry Sykes. The couple met online. Although they really seemed happy, Tammy’s friends, family, and fans had mixed feelings about Jerry. He seemed to enable her food addiction. Tammy’s brother Chris even pulled him aside in an episode this season to ask him to stop bringing her junk food.

What does the TLC star’s health look like these days?

Fans of the show have grown to care a lot about Tammy and her health. They really hope she will be able to stop her excuses and have a real breakthrough soon. Now that she and Jerry are no longer together, fans hope she will keep only positive influences in her life and will be able to overcome her food addiction battle.

Jerry and Tammy reportedly split up around Valentine’s Day.

Tammy Slaton Has Major Breakthrough: Is She Done With Excuses?

Like many other Americans, Tammy Slaton had COVID-19 in the last few months. She was a high-risk patient because of her size. Fortunately, she recovered and is still working towards her weight loss journey today.

Although 1000-lb. Sisters is a wildly popular TLC show, the network has neither confirmed nor denied the possibility of Season 3. If you want to keep up with the Slaton sisters, follow them on their various social media accounts and follow TV Shows Ace online for the latest scoop.

Blayke Busby Pampers Her Cousin With DIY ‘Spa Day’: See Charming Video
Lindsie Chrisley Throws Shade At Todd, Suing For Defamation?!
Shirtless Garrick Merrifield Flaunts What He’s Got Amid The Hate
‘Y&R Spoilers : Who Kidnapped Mariah Copeland And Where Is She?
‘Uncoupled’ On Netflix: Release Date, What We Know Right Now