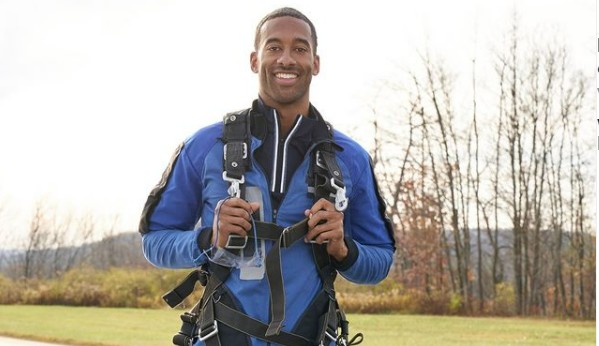 Monday’s night episode begins to bring Matt James’ dramatic season to a close. Fans know this season has been filled with drama. So a few more surprises and drama would be pretty fitting. And, as if things couldn’t get any crazier for Matt, his estranged father comes to Nemacolin to see him. If the previews are accurate, Matt is for an emotional ride.

People shared all about Matt’s surprise meeting with his father. Or at least many are assuming it’s a surprise. Even Reality Steve believes he probably wasn’t aware production got his dad to come. However, whether or not that is true will be determined Monday night.

Fans who have followed Matt’s journey know his mom is his everything. He even posted a Happy Father’s Day message to her this past June. And, Matt admits his father not being around and seeing his parents failed marriage holds him back from commitment.

The previews indicate Matt will finally face his father whom he believes was never there for him. Their conversation could become very heated. Matt tells him, “When I needed you, you weren’t there.” His dad said, “Do you know what I went through with your mom?” Matt fires back telling him not to make excuses. His dad reminds him nobody is perfect.

Following his deep conversation with his father, Matt breaks down. Reality Steve said he believes this is the part where Matt sits on the curb and Chris Harrison asks him if he’s okay. In a confessional Matt says doesn’t want to make the same mistakes that tore his family apart.

Matt gets the chance to talk to his mom after all this. She tells him, “love is not the end-all, be-all.”

What else to expect from the episode

Monday night will also bring the fantasy suite dates. Matt will be going on dates with Bri Springs, Michelle Young and Rachael Kirkconnell. There are not a lot of details about what goes down on their dates or who accepts the fantasy suite key. However, fans who want to know what happens during the last two episodes click here.

It’s been an emotional ride for Matt and the women. And, the off-camera controversy has been intense as well. Rachael Kirkconnell and Chris Harrison have both been under fire for racist actions. Both have apologized. However, it’s still unclear if Chris will be returning as host.

Don’t miss the last two weeks of The Bachelor, Monday nights on ABC.

Duggar Fans Are SO Confused: Is Jinger Wearing Her Wedding Ring?
’600-Lb. Life’ Amber Rachdi Now, 2021 Update: Weight Loss & Depression
Chase Chrisley Shares ‘Some Exciting News’ About A New Candle
‘Below Deck Sailing’: Does Gary Regret Hooking Up With Sydney?
‘MBFFL’ Star Whitney Way Thore Turns 37 – What Did She Do?