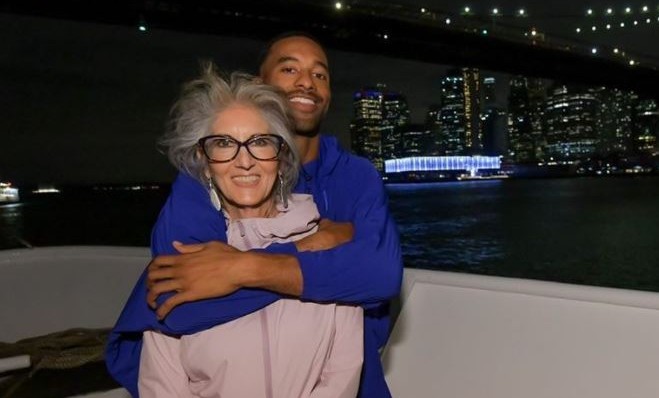 The Bachelor Matt James season premiered this past Monday night. One thing fans should know about Matt is his deep and strong relationship with his mother, Patty James. People are already loving her but no more than Matt himself.

The Bachelor Matt James is very close to his mom

US Weekly shared all about Matt’s special relationship with the woman who raised him. Patty James raised Matt and his brother on her own. She raised Matt and John in North Carolina. Matt’s father remains out of the picture. His father has been absent from his childhood.

In fact, on Father’s Day this past summer, Matt shared the holiday with his mom. He shared a photo of them together and said, “Happy Fathers Day Mom

.” He also shared a Bible verse that read, “A father to the fatherless, a defender of widows, is God in his holy dwelling.”

Patty said in a past interview, “He was always drawn to families where the mom and dad were together.” She continued, “I am so proud of him. He overcame everything and he wants to be a role model for these kids.” The interview she gave was regarding Matt’s involvement with the ABC Food Tours charity.

He’s anxious to share diverse relationships with the world

Matt is biracial. His mother is White and his father is Black. Matt has been excited to share diverse love stories with the world.

Matt said, “I’ve heard from a lot of my Black friends that aren’t Bachelor Nation faithful, that are excited about me and are honored I’m in the position I’m in and have this opportunity to just represent what it’s going to look like to have diverse relationships and tell those love stories. I couldn’t be more excited about that.”

Others who know Matt say he is very loyal to his family and they are good people.

Fans are already seeing Matt’s mom in more photos since the premiere. And, they are loving her. She and Tyler Cameron spent premiere night by Matt’s side watching the show. 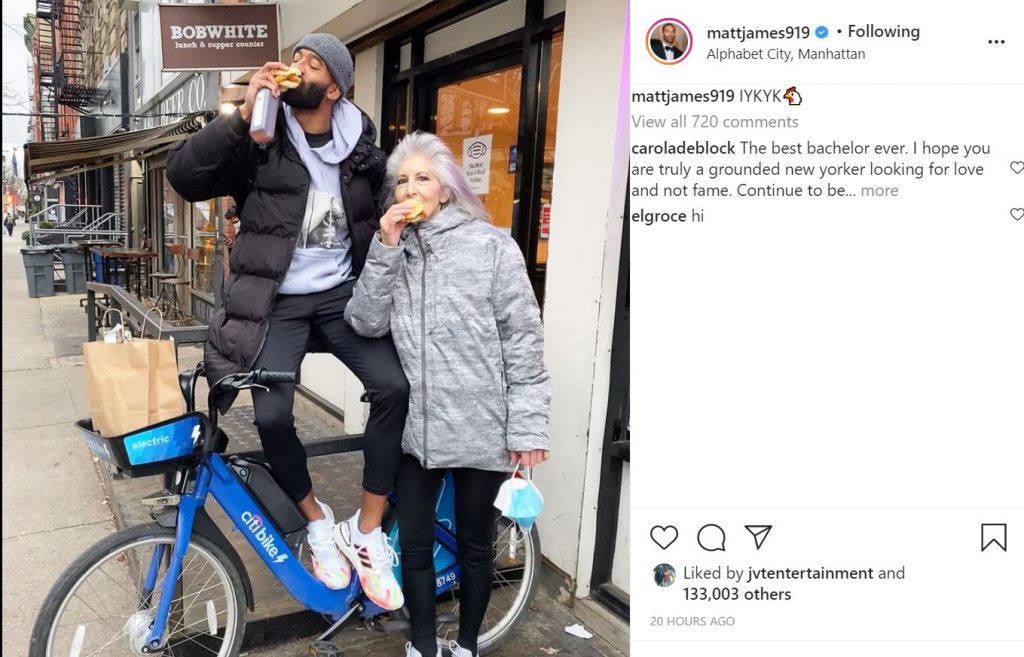 Matt also said his mom raised him in a Christian household. Fans already saw a glimpse of his religious side when he led the group of women in a prayer. Many women on the show commended Matt’s actions.

Sources say of Matt, “He cares very much about his physical and mental health. He’s a spiritual person. He’s not a womanizer by any sense of the word.” They continued, He’s an all-around, quality, genuine person. He is family-oriented.” The source went on, “He’s always been looking for that right woman; he just hasn’t found one yet and I think this show is a great opportunity for him to do that.”

Nobody knows if Matt will find everything he’s looking for. Just from night one, fans can see he has multiple women who appear like they could be a good match.

Matt has said he has never been in real love before. Can the show change that? His mom is behind him 100% and believes he’s ready to find the love of his life.