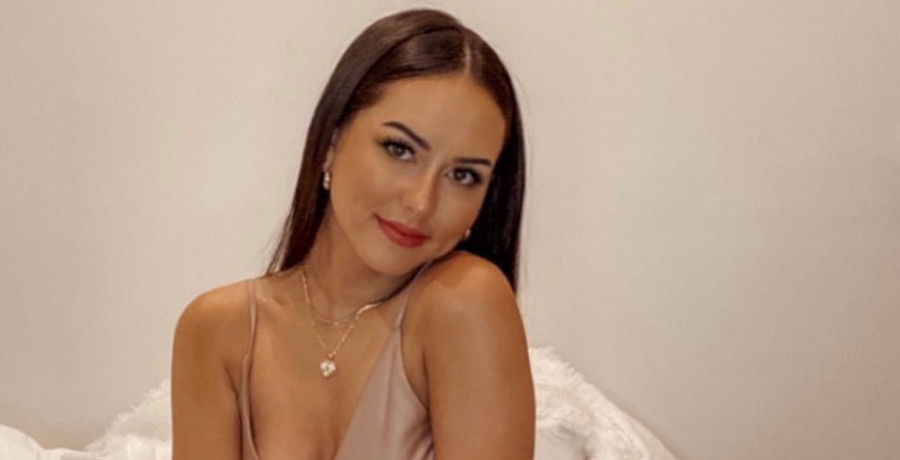 Abigail Heringer joined fellow Bachelor Nation alum Kaitlyn Bristowe for an Instagram Live. The chat was for Kaitlyn’s Off the Vine podcast. As listeners know, Kaitlyn always gets her guests to make a secret confession. She forgot to ask Abigail during the actual podcast, so they reconnected on Live.

Abigail’s secret was that she created a Finsta.

‘Finsta’ is short for Fake Instagram. Many celebrities have ‘official’ Instagrams they use to promote their work and keep up appearances. But there’s a dark side of the internet where they reveal their true selves.

Last year Selena Gomez fans found a Finsta allegedly belonging to friend-turned-rival Demi Lovato. The Blast reports that the secret account was used to trash Selena and other female singers.

Why Did Abigail Create One?

It’s hard to imagine sweet Abigail from The Bachelor creating a fake social media account to trash people. Well, worry not – she didn’t! According to Accept This Rose, Abigail comes in third place in most Instagram followers of all Season 25 contestants. (Rachael Kirkconnell has the most.)

So, why would she need to create another account?

Simple. To keep in touch with the other women in the house after she was eliminated in Episode 7. She explains to Kaitlyn that the women are told not to communicate during the time between filming and the show airing on television.

Matt James’ season of The Bachelor filmed around November of 2020 but didn’t start airing until three months later. While some of the other women had conflict amongst each other, Abigail Heringer became close friends with some of her co-competitors.

Several of the women created a secondary, secret Instagram to keep in touch.

Kaitlyn asked Abigail if she ever made any “oops!” posts like another Bachelor alum, Madison Prewett did. (Madison accidentally posted a compliment on her own post as her verified account, causing fans to speculate she had a finsta. See the cringe post here.)

Abigail said no, she never did anything like that. However, there is one thing she wouldn’t reveal.

Abigail Stays Mum About Another Confession

One confession per podcast, Kaitlyn! During her talk with Abigail, the Dancing With The Stars winner wanted to know if Abigail stalked her exes from the fake Instagram. Abigail didn’t answer, leading to Kaitlyn to extend an invite for another podcast dish session. Fans will have to wait to find out if Abigail spied on Matt James from her finsta.

Are you surprised by Abigail’s confession? Let us know in the comments down below.

Matt James’ journey as The Bachelor is almost complete. The season finale airs on Monday, March 15. Tune on on March 8 to see his fantasy suite dates with Michelle Young, Bri Springs and Rachael Kirkconnell.