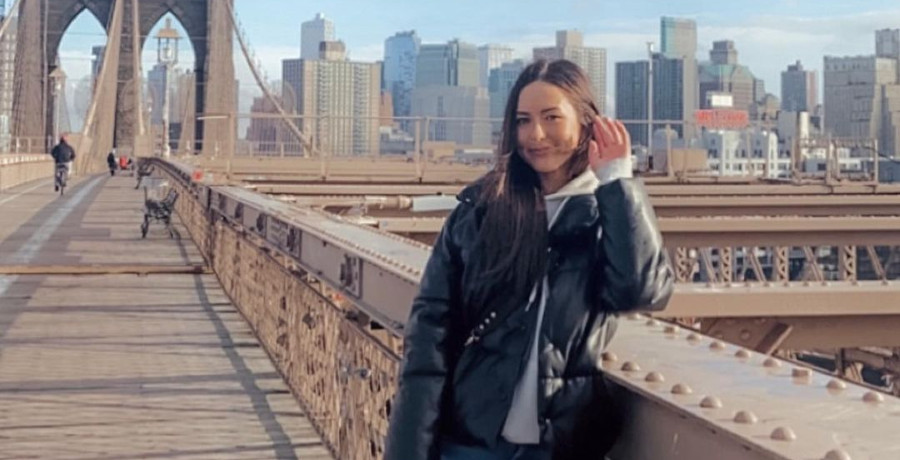 It seems that Abigail Heringer’s feelings for Matt James go much deeper than seen on the show. She gets extremely candid on the Women Tell All special. Abigail discusses the reception she got from the D/deaf community as the first deaf contestant on the show.

(Note: Abigail refers to herself as lowercase deaf.)

In a new clip from ABC, the Oregon native talks about her first meeting with Matt James.

Abigail Heringer Gets Real at Women Tell All

Abigail Heringer gets a coveted spot on the couch at the Women Tell All special. She was sent home during Episode 7. Matt James bluntly told her that his feelings for some of the other women were stronger.

Coincidentally – or not? – her exit came a few episodes after she told him her children would likely be born deaf. Abigail and her sister were born deaf but later fitted for cochlear implants. She doesn’t know sign language, nor does she consider herself part of the Deaf community.

While Matt James didn’t develop strong feelings for Abigail, she felt something for him immediately. During the Tell All, she gets candid about the depth of her feelings.

Abigail says it was almost love at first sight for her, according to Us Weekly. In fact, it was the “closest” she’s ever come to that feeling. Abigail also confessed that prior to going on The Bachelor, she “didn’t believe” in love at first sight.

You are an inspiration to so many, Abigail ❤️ pic.twitter.com/ICVxQfs8Og

Fans will have to tune in to see if Matt James reveals why his feelings for Abigail changed. She earned the First Impression Rose during the first night. Abigail quickly became a fan-favorite of Bachelor viewers.

Since her first episode, fans have been clamoring for Abigail Heringer as the next Bachelorette.

Early spoilers from Reality Steve said that Katie Thurston was named the next Bachelorette during the Women Tell All special. However, his sources are now telling him that plan has been pushed to the backburner. Due to the recent controversy regarding racism in the Bachelor Nation franchise, the network is changing course.

Reality Steve has yet to reveal who will get the gig. He did recently spoil the replacement host for After The Final Rose. ABC confirmed the rumors that Emmanuel Acho will helm the special.

.@EmmanuelAcho will be hosting #TheBachelor After the Final Rose on Monday, March 15 on ABC 🌹 pic.twitter.com/4jMO9WXkaY

The network has yet to announce if Acho will serve as a permanent replacement for Chris Harrison.

The Women Tell All special airs Monday, March 1. Matt James’ journey to love continues the following week. The Bachelor finale airs on March 15th, including After the Final Rose.

Join our Facebook group to chat with other Bachelor Nation fans.