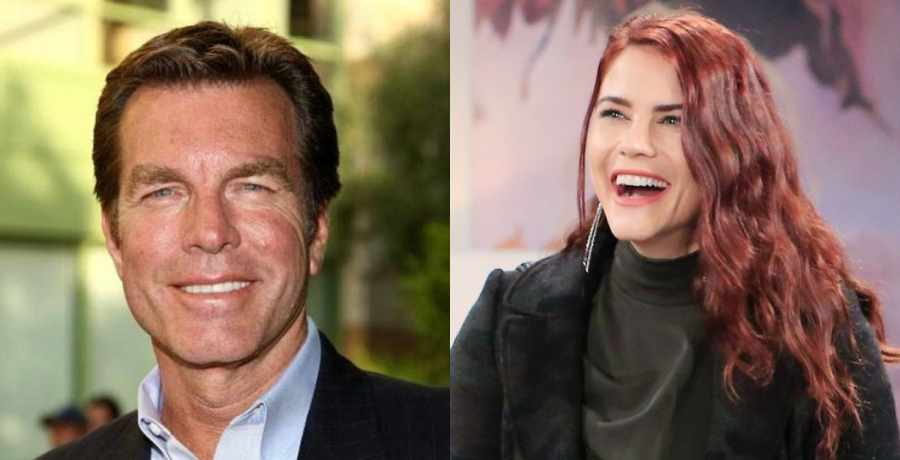 Thursday’s episode of The Young and the Restless promises plenty of drama. This is especially so in the somewhat ill-considered relationship between Jack (Peter Bergman) and the much-younger Sally (Courtney Hope). Meanwhile, Abby (Melissa Ordway) desperately needs support after the unscheduled departure of Chance (Danny Boaz) from her life. Meanwhile, Victor (Eric Braeden) is the bearer of bad news.

The Young and the Restless spoilers Jack and Sally

Let’s face it, no one is happy about Jack dating much-younger Sally. However, the CEO of Jabot knows his own mind. Even Gloria (Judith Chapman), Phyllis (Michelle Stafford) and even Kyle (Michael Mealor) and Summer (Hunter King) think it is a bad idea. As noted by Soaps in Depth, they believe Sally is trying to take advantage of Jack.

Jack is very polite and listens to their thoughts, but also nicely tells them to butt out. When they refuse, he reminds them all that he is no spring chicken. He has been around the block a few times and knows how to handle himself.

Of course, fans remember his past romantic life, where he cheated on his much-younger wife. Jack also slept with his father’s wife, which isn’t exactly a recommended action. The Young and the Restless fans will also recall how he took Nikki (Melody Thomas Scott) away from Victor (Eric Braeden, albeit for a short time. Safe to say, this guy can, indeed, take care of himself, even around Sally.

Abby has been having a rough year so far. Just when she thought things were coming together, Chance takes an unscheduled departure from her life.

It is clear to see from social media that fans are still upset at the fact that Danny Boaz was written out of the soap. To them, it just doesn’t make sense with the storyline. Abby will find herself desperately needing support from Nina and Christine as things go bad once again.

Spoilers for Friday’s episode of The Young and the Restless reveal Victor having to deliver some bad news. Will he feel bad about this, or will he secretly gloat about a victory over “Billy Boy” Abbott?

Meanwhile, it seems Victor already knows about Ashland Locke (Richard Burgi), husband of Kyle’s New York affair. In fact, he has mentioned that he wants to buy Locke’s media company. Maybe Victor can give Summer and Kyle some advice on how best to combat Ashland? Maybe he could also help Kyle get access to his child, Harrison. While Victor isn’t keen on Kyle being with Summer, maybe he will give a little.

Meanwhile, Lily tries to set the record straight with Victoria. Fans wonder if love or business is involved and whichever it is Lily is likely to receive a cool reception. On Chelsea’s (Melissa Claire Eagan) side of things, she celebrates a win. Does this involve her regaining her speech and mobility? Or does it mean she has somehow managed to hit back at those who have wronged her?

Keep up with the story on The Young and the Restless, weekdays on CBS.