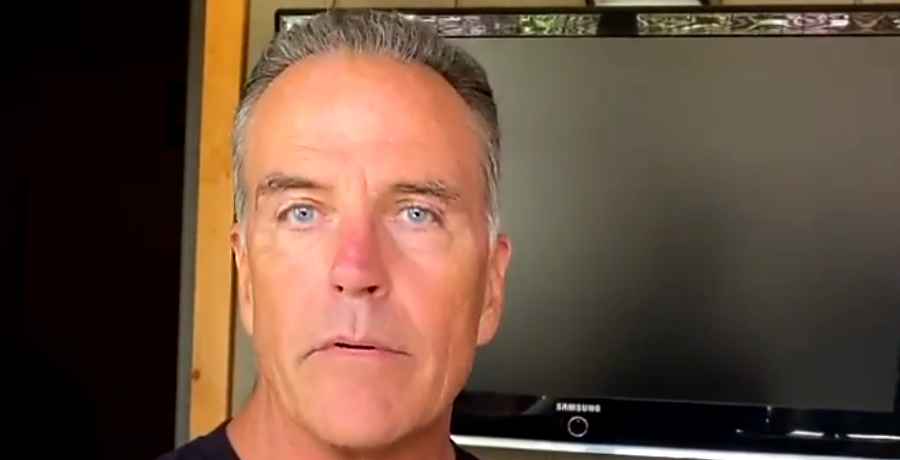 Y&R fans have been enjoying the current storyline, relating to Kyle, Summer and Tara. They will now get to meet the scary Ashland Locke, Tara’s husband, in the form of handsome soap veteran, Richard Burgi. General Hospital fans will remember him as serial killer Paul Hornsby. Now, he is set to cause fear, danger and excitement in a recurring role on The Young and the Restless.

Kyle Abbott’s worst nightmare is set to make his debut as Tara’s husband, Ashland Locke. Fans have already met Elizabeth Leiner in the form of Tara Locke, who has already confirmed that Kyle is a father. Due to their unfortunate affair in New York City, Kyle is now officially the father of three-year-old Harrison.

Naturally, Tara wants Kyle to do nothing about the fact that he has fathered a child. While he is obviously disappointed, it seems wise that he stays away from the tot. Meanwhile, Tara got out of town as quickly as humanly possible.

Kyle made a shocking discovery today on #YR! 😱 Should he tell Summer? pic.twitter.com/1QEHAHSfEq

The reason for this fact is that Tara’s husband, Ashland Locke is heading to town and is likely to be Kyle’s worst nightmare. As noted by Deadline, this is set to happen in the Thursday, March 11 episode of Y&R, when the business tycoon arrives in Genoa City. This isn’t because Ashland knows about Kyle fathering his child, of course. His reason for visiting the city is to savor the bidding war being waged between the Newmans and the Abbotts.

While Locke doesn’t yet know about Kyle and his wife, it is pretty clear that this won’t remain a secret for very much longer. What will Ashland Locke do when he finds out that he isn’t Harrison’s dad? With his bad history, it won’t be a good thing.

Besides appearing on General Hospital as a serial killer and Dillon’s dad, Paul Hornsby, the handsome actor has been around. The soap veteran also played the role of Karl Mayer on Desperate Housewives and pimp Chad Rollo on Another World. He also starred on Days of Our Lives as Kimberly Brady’s short-term love, Philip Collier. Burgi also has an impressive list of guest appearances.

Fans will remember that Burgi’s character Paul had a definite way with the ladies, if not exactly a good one. It certainly seems that The Young and the Restless has made an excellent choice by casting him as Ashland Locke. Locke appears to be the type of man who only wants things to go his way, both in life and in business. Goodness knows what he will do when he finds out about Kyle and Tara’s affair and its resulting baby!

Y&R fans are thrilled with the news

Once the news of Burgi’s casting hit the headlines, fans were quick to react on Twitter. Many fans were happy to see the handsome actor again. More fans noted how perfect he is for the role. One wrote, “Richard Burgi is PERFECTION for this mess! I’m in love with this casting #YR.”

Richard Burgi is PERFECTION for this mess! I’m in love with this casting #YR

Another wrote, “Richard Burgi, a welcome sight. I am thrilled. Y&R couldn’t have picked a more perfect actor for this role. Another terrific strong presence added to Y&R.  Sparks will be flying!”

Richard Burgi, a welcome sight. I am thrilled. Y&R couldn’t have picked a more perfect actor for this role. Another terrific strong presence added to Y&R. Sparks will be flying!

Readers, what are your thoughts on the casting of Richard Burgi as Ashland Locke? Sound off in the comments section below.

Keep up with the ongoing drama on Y&R weekdays on CBS.

‘Below Deck Med’: Is Lexi Wilson Engaged? Malia White Spills The Tea
Michelle Young’s ‘Bachelorette’ Cast Revealed!
Todd Chrisley Admits His Wife Julie Has Way More Class Than He Does
Did Duggar Cousin Amy King Take ANOTHER Dig At Josh Recently?
How Many Episodes Are In ‘When Calls The Heart’ Season 9?