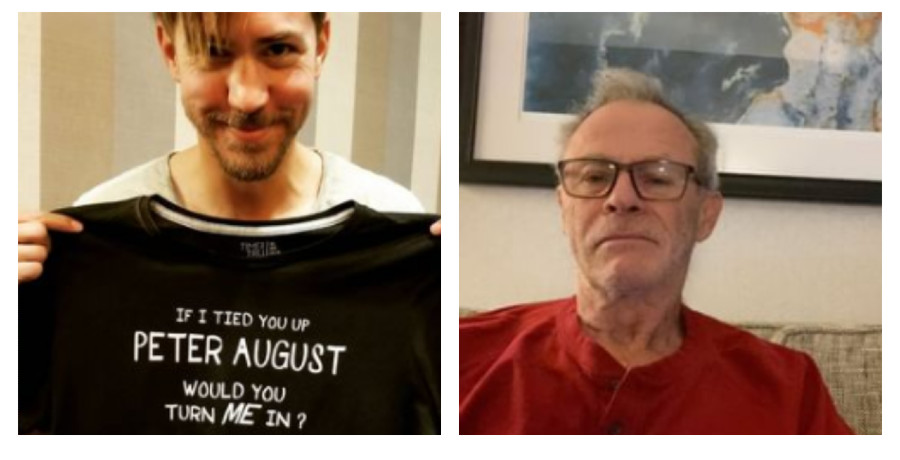 There’s more drama happening behind-the-scenes on General Hospital than on-screen. Earlier this week, there was a dust-up involving Maurice Benard (Sonny,) Ingo Rademacher and Nancy Lee Grahn. GH fans who frequent Twitter know that Rademacher (Jax) and Nancy Lee Grahn (Alexis) have a history of bad blood. However, Benard apologized for causing any upset and the beef seems to be squashed.

Can the same be said for Tristan Rogers (Robert) and Wes Ramsey (Peter)?

Tristan Rogers has been playing Robert Scorpio for over 40 years. So, he is quite invested in the show’s history. And he doesn’t think the show is doing Cesar Faison or his portrayer Anders Hove justice with the character of Peter August.

Peter August is the son of Cesar Faison and Anna Devane (Finola Hughes.) His introduction onto the canvas was extremely controversial. This is due to the long history between Faison and the Scorpios. The retcon baby was a shock to Anna.

During a recent Cameo video, Tristan Rogers gave his blunt assessment about the current storyline involving Peter August. And he’s not a fan. He was actually defending Wes Ramsey to fans in the clip. He told them not to be “too hard” on his co-star.

In Rogers’ opinion, GH has “painted themselves into a corner” with the storyline involving Faison’s son.

While Tristan Rogers wasn’t intentionally bashing Wes Ramsey, it’s understandable the actor was upset. Especially when Rogers said that Ramsey is “Wes is… too much of a gentleman” for the role.

Wes Ramsey doesn’t agree that he was miscast as Peter August. Furthermore, he thinks it is unacceptable to publicly criticize the General Hospital writers or directors.

After Tristan Rogers’ Cameo video went viral, Wes Ramsey posted up a response on Instagram. His lengthy statement addressed several aspects of Rogers’ comments. Ramey began by describing actors as “storytellers, shapeshifters, chameleons.” His job is to believe he is “the right person” for the role.

Furthermore, he doesn’t believe it’s right to criticize “the people responsible for the creative opportunities” on a “public platform.” However, he holds no “ill will” toward his outspoken General Hospital star.

Vanessa Marcil: “Who is Wes?”

It has been almost ten years since Vanessa Marcil and her character, Brenda, have been in Port Charles. Wes Ramsey joined the show in 2017. So, it’s understandable that Marcil doesn’t keep up with the show.

She saw the drama going down on Twitter and had just one question: “Who is Wes”? One fan took that question as a diss toward Wes Ramsey. However, other fans took up for Vanessa, noting that she truly didn’t know.

Do you think Tristan Rogers was wrong to speak negatively about a storyline from the show? Let us know your thoughts in the comments down below.

Tori Roloff Of ‘LPBW’ Gets An Honest Question Most Fans Don’t Dare Ask
Robyn Brown Addresses Guilt & Jealousy In The Quarantine Dynamic
Is Communication A Problem In The ‘Sister Wives’ Family?
‘The Grand Tour’ Hosts Return To ‘Top Gear’ To Honor Sabine Schmitz
Fans Think Emmanuel Acho Is Dating Someone From Bachelor Nation