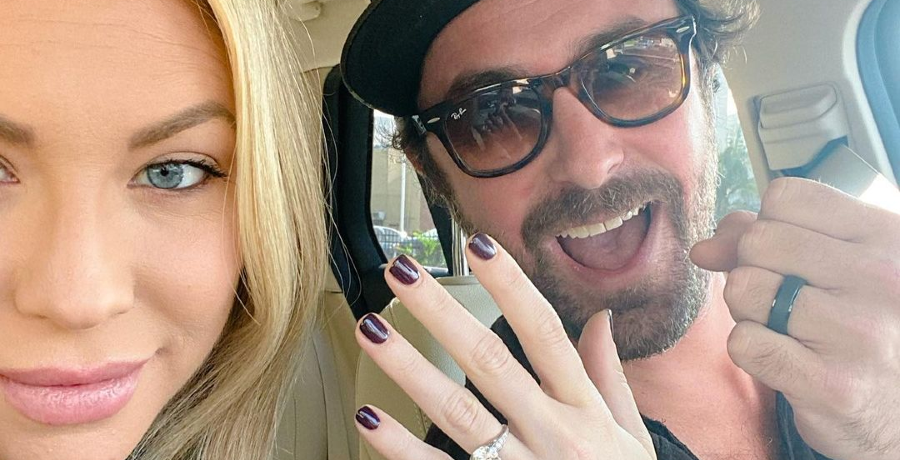 Stassi Schroeder and Beau Clark have a new podcast. The Vanderpump Rules alumni plan to talk about all things parenting. On Thursday, March 4, Beau made the announcement on Instagram. According to their new Instagram account, this project has been months in the making.

The new parents have been busy filming clips for their podcast. The soundbites will appear in upcoming episodes. This comes after Bravo fired Stassi Schroeder for her insensitive racial comments and actions. She lost numerous endorsements for her former podcast “Straight Up With Stassi.”

At the time, former Vanderpump Rules co-star Faith Stowers recalled a time when Stassi and Kristen Doute called the cops on her for a crime she did not commit. She shared her experience on the show as the only Black woman. Then, more of Stassi’s former racist comments came back to haunt her. Both Stassi and Kristen ended up losing their jobs.

Fans assumed that Stassi would become a mommy blogger. But it looks like she’s going to share the ups and downs of parenting alongside her husband.

On Thursday, Beau Clark shared a photo of himself and Stassi Schroeder. The new parents hold their baby, Hartford Charlie Rose, up in the air. He announced their new venture called “The Good The Bad The Baby.” It’s a play-off his Instagram handle. However, fans will have to join their Patreon page and subscribe for $8.99 per month in order to listen to the episodes.

“Holy crap. We’re parents,” Beau wrote in the Instagram caption. “The hospital didn’t tell us what to do, so come along and join us on our new podcast as we try to figure this s*** out.”

Over 71,000 fans liked the post. But some fans are disappointed. Some were holding out hope that Stassi’s old podcast would return. Others want to hear this new podcast on Apple or Spotify. Here are just some of the reaction:

Regardless, most fans are still excited about their new project. Keep in mind the couple doesn’t have any sponsors at the moment. So, it could be the reason why they decided to stream it on Patreon. Once they get enough followers and sponsors, they might move it to other platforms.

The Queen is back. Stassi Schroeder shared some of the content on her Instagram Stories. However, she didn’t announce the new podcast on her feed. This comes almost a year after “Straight Up With Stassi” ended.

So, what’s this new podcast about? According to their Patreon page, they’re documenting their parenting journey through audio and video. They will take their fans “along for the good, the bad, the hilarious, the messy, the unfiltered moments, the breakdowns, the victories – and everything in between.” Of course, they’re going to keep it real and share their struggles along the way.

Check out a preview of “The Good The Bad The Baby” below.

What are your thoughts? Are you excited over the news of Beau and Stassi’s new podcast? Sound off below in the comments.