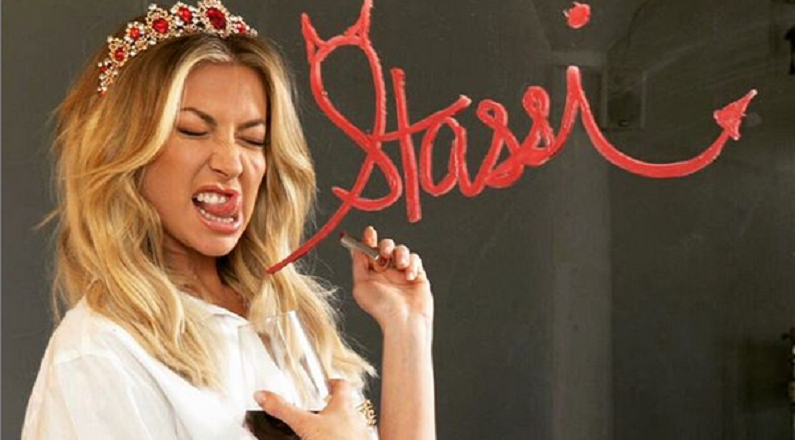 Stassi Schroeder just teased the return of her podcast. This comes three months after her Vanderpump Rules firing. The pregnant reality star confirmed that she’s bringing her podcast back. However, it’ll be interesting to see which platform it’ll end up on.

The 32-year-old shared a photo of herself with Lala Kent and Brittany Cartwright — who are also pregnant. She cracked a joke that all three ladies are “sober at the same time.” But it’s not the photo or caption that’s getting attention. It’s what Stassi said in the comments section that has fans talking.

In the comments section, a fan referenced “Straight Up With Stassi,” which was removed from all streaming platforms. Back in June, Bravo fired Stassi Schroeder and Kristen Doute for their past racist comments and actions. As a result, she lost sponsorships as well as her business ventures.

“Wow beautiful I wish you had your podcast so we can know how you are surviving not drinking,” the fan wrote in the comments section.

Fans went wild in the comments section. Stassi’s comment received over 2,229 likes and counting. Most of them were excited to hear that her podcast was returning. Others were disappointed to learn that she hasn’t been cancelled after all. 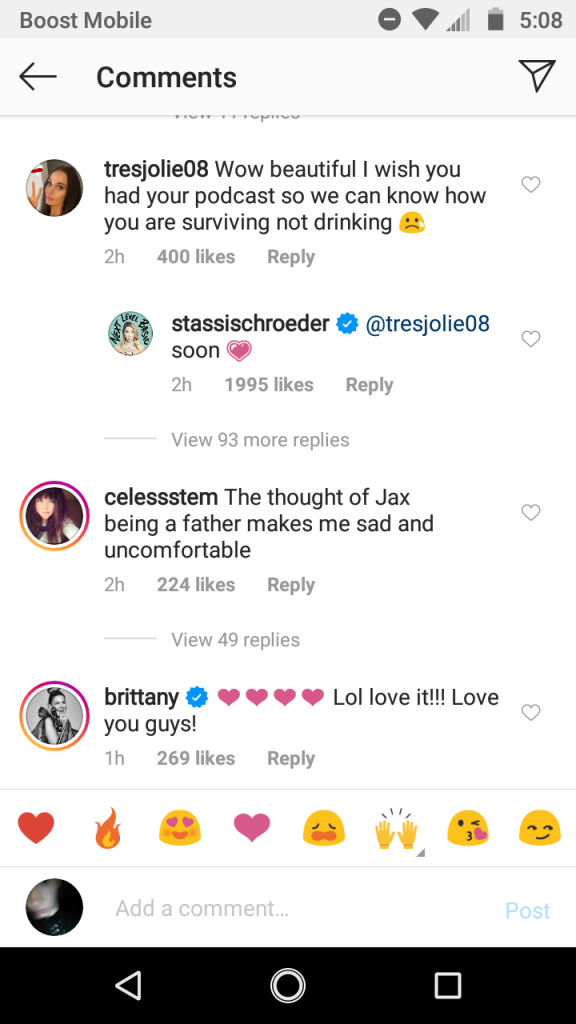 During the summer, Bravo announced that Stassi, Kristen, Max Boyens, and Brett Caprioni would not return for Season 9 of Vanderpump Rules. Their past racially insensitive remarks came back to haunt them. Radio.com confirmed that old episodes of “Straight Up With Stassi” were no longer available on Apple Podcasts, Stitcher, and Spotify.

She issued a public apology to her fans and former co-star Faith Stowers. Then Stassi Schroeder broke her silence earlier this month on the Tamron Hall Show. She revealed that she hired a “diversity coach” to learn about racism. Stassi also wants to use her past mistakes to teach her daughter about racial injustice.

“I want to be a better person. I’m pregnant and I want my daughter to be proud of me,” Stassi explained. “And I want to be part of the solution. I’ve been a part of the problem for years now. And I recognize that and that’s why I say, I don’t feel like I’m a victim of cancel culture.”

As for her future, Stassi made it clear that her reality TV days are behind her. She wants to resume her podcast. It was her passion project. But this time around, she wants to use her platform to create more positive change.

“My podcast was and is so important to me and I think that it would be a good way for me to continue doing what I like, while also making some sort of a difference,” she explained. “I think this time around I would maybe focus a little more on asking questions and listening while still voicing my opinions.”

Since Stassi’s podcast is no longer available anywhere, it’ll be interesting to see where it ends up. What are your thoughts? Are you looking forward to the return of “Straight Up With Stassi”? Sound off below in the comments section.