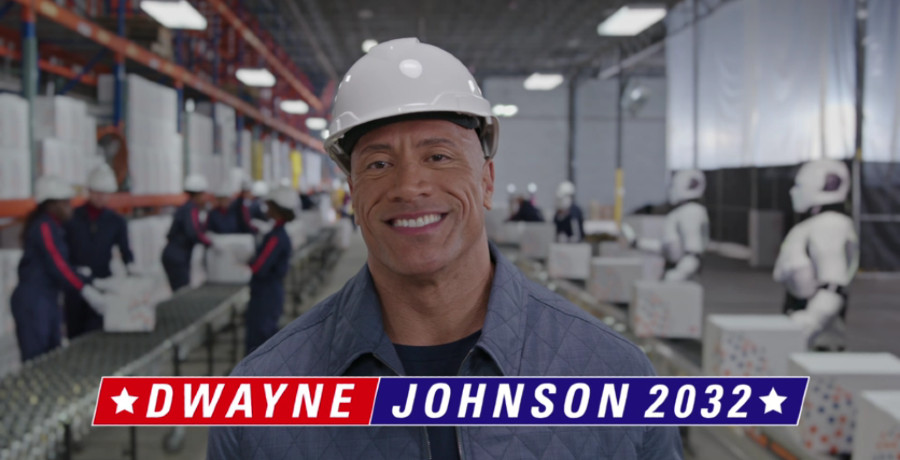 “The Rock” for President? After the latest episode of Young Rock, viewers are wondering just how autobiographical the bio/sitcom really is. The premise of the show puts Dwayne “The Rock” Johnson as a Presidential candidate in 2032, which is only 11 years away.

A professional wrestler and actor as President? It doesn’t seem so far-fetched considering former Presidents were once reality stars (Trump) and actors (Reagan.) But does Johnson have plans to run or is just for TV?

Is The Rock Running For President?

The show details Johnson’s journey from the child of a professional wrestler to becoming a wrestler himself. And not just any wrestler – one of the most popular wrestlers of all-time. The Rock parlayed that popularity into a successful acting career outside of the ring.

After several blockbuster hits on the big screen, The Rock is bringing his charm back to television. Young Rock is based on Johnson’s real life. On the show, he is running for President – is he plotting a real Presidential campaign?

Don’t expect to see Dwayne Johnson’s name on the 2024 ballot. But also don’t be surprised if his name appears on the ballot sometime in the future. During an interview with USA Today, The Rock made it clear that the idea of running for President isn’t a joke for him.

It may be used as comedy on Young Rock. However, The Rock doesn’t consider the issue “flippant.”

In fact, he “would consider” running for President if “that’s what the people wanted.” With his wrestling catchphrases, including his “People’s Elbow” finishing move, the campaign slogans practically write themselves.

Would He Run as a Democrat or Republican?

If Johnson does end up a Presidential ticket someday, would it be as a Republican or Democrat? Likely, neither. Though he did support a Biden/Harris ticket in 2020, he is a registered Independent.

How to Watch Young Rock

Young Rock is a ratings hit for NBC! That likely means it will get a full season order and possibly more seasons. The show airs Tuesdays on NBC, but how else can you watch it?

NBCUniversal launched their own streaming service last year. While some content on Peacock streaming requires a paid subscription, a lot of the content is free. The Punky Brewster reboot and original series are both free on the service.

Episodes of Young Rock are also free to stream on Peacock and on NBC’s website. The Rock is very active on Twitter during the show, responding to fans.

The stories on Young Rock heavily feature well-known wrestlers from the ‘80s. In the latest episode, Kevin Makely made his debut as “Macho Man” Randy Savage.

Do you think The Rock should run for President someday? Let us know in the comments down below.