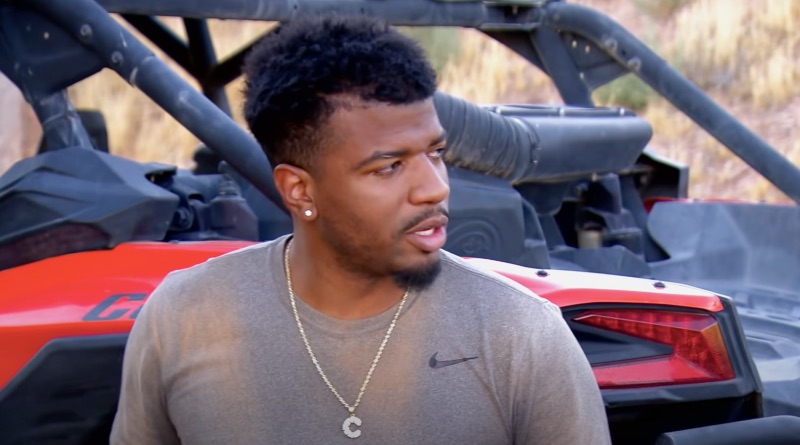 Married at First Sight cast member Chris Williams is one of the most controversial husbands to ever appear on the show. Did he dupe the experts into casting him on Season 12 in Atlanta?

Married at First Sight: Chris Williams’ Marriage a Disaster from the Start

Every Married at First Sight pair deals with their share of drama during the experiment. But for Chris Williams and Paige Banks, there has been drama from the start. Chris telling his wife that he doesn’t find her attractive after they were intimate could have easily been dramatic enough. But that was only the beginning.

As Paige Banks dealt with that blow, Chris revealed his baby mama drama with his ex. And that sent his new wife reeling even more. Meanwhile, with all of Chris Williams’ antics this season, many Married at First Sight watchers wonder how he was cast in the first place.

With someone like Chris Williams making the final cut on the show, many watchers wonder if he was cast on purpose to bring drama to the season. There seems to be at least one villain with every new installment of the Lifetime show. Even so, Chris takes it to another level this season with everything he puts his new wife through.

Meanwhile, pastor Calvin Roberson recently spoke out about Chris’ casting. And he had some interesting things to say. According to the Married at First Sight expert, Chris pulled the wool over the eyes of those in charge of casting for the popular matchmaking show.

In addition, pastor Cal alleged that Chris Williams was a “different person” during the Married at First Sight casting process. Certainly, this is a topic that has come up before. And it’s possible casting hopefuls are on their best behavior during the casting process – in the hopes of making it on television.

Pastor Calvin Roberson claimed that the Married at First Sight experts were just as “surprised” and “pissed” by Chris’ actions as viewers. Still, that may be little consolation for his wife, Paige Banks.

Will Married at First Sight Wife Get Answers?

Married at First Sight spoilers tease an intense sit-down between Paige Banks, Chris Williams, and Chris’ ex. And this is something unprecedented in the franchise’s long history. With everything that went down so far this season, this is sure to be an intense showdown for all involved.

Meanwhile, after everything Paige Banks has dealt with so far this season, many viewers hope she finds some type of closure and gets the answers she needs. Either way, this is going to be something worth tuning in for when the next episode airs.