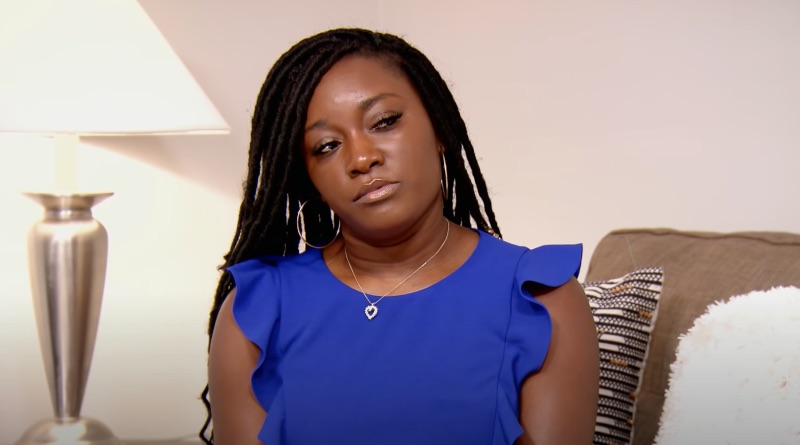 Married at First Sight spoilers say Paige Banks faces off against Chris Williams and his ex in an explosive sit-down. This is an unprecedented situation on the popular matchmaking show. And it looks like there’s a lot of drama in store in the next installment.

Things took a turn for Chris Williams and Paige Banks almost immediately this season on Married at First Sight. They slept together on their wedding night – and it has been a downward spiral ever since. Chris revealed that he doesn’t find his new wife attractive. And that was just the beginning.

Not long after that, Chris reluctantly spilled details about his ex – and the fact that she carries his child. Meanwhile, as if that were not enough for Paige Banks to deal with, Chris revealed in previous episodes that he still has feelings for his ex. And he made it seem like he wants to work things out with her – after getting into a legally-binding union with his current wife.

All season long on Married at First Sight in Atlanta, viewers wondered when Paige would finally put her foot down and say enough is enough. This is especially true when it comes to dealing with everything Chris Williams puts her through in current episodes. And it looks like she finally reaches her limit.

Paige Banks went off on Married at First Sight producers over everything Chris put her through. She told them about his desire to get back with his ex. And things got heated as she let out her frustration over a phone call. Meanwhile, with what spoilers tease, it looks like she finally gets the chance to confront Chris – along with his ex as well.

Spoilers show Paige Banks sitting across from Chris Williams and his ex. And like many watchers, Paige wants answers. She asks Chris’ ex in teasers if she knew Chris was going to walk down the aisle. And according to his ex, she only found out about that after she told him she was pregnant.

Chris’ storyline with Paige is one of the messiest in franchise history. And it looks like things are going to heat up even more during this face-to-face confrontation. Many viewers feel sorry for Paige and everything she has had to deal with up to this point in the season. And it’s worth tuning in to the upcoming episode to see how this situation plays out. Meanwhile, based on spoilers, it looks like there’s going to be a lot of drama ahead.