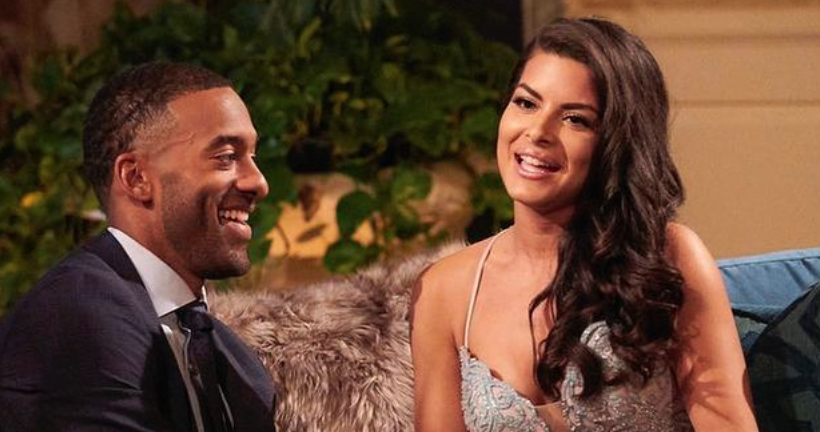 Last night on The Bachelor, the women got a chance to dive into their past on the show. Of course, a lot of drama was brought up that involves Katie Thurston. According to Mari Pepin, fans may never hear the full story.

There was a lot of talk of toxicity and Katie Thurston last night on Women Tell All. Mari, along with other women, constantly accuse Katie Thurston of being one of the main culprits. According to Us Weekly, one fan asks Mari why they thought that Katie was part of this.

“Genuine question: why did you and the other ladies feel like Katie was causing the toxicity?” one fan comments. “Is there something we’re missing?”

Mari responds by saying that there is actually a lot of stuff viewers are missing.

“There is a lot that is missing that unfortunately will never come to light.”

Of course, there is no telling quite what drama happened that fans will never get to see. But, it was clearly enough to drive a wedge in some friendships.

Mari gets judged too

Katie wasn’t the only one on the line though. Some weren’t impressed with Mari. They say that she was far too lenient on Victoria Larson who was a major bully during the show, along with MJ Snyder.  Of course, Mari defends herself. She says that she does not condone bullying at all. However, she does say that she just thinks that those people weren’t fake. Not that they didn’t ever bully.

“Locking this down because I’ve said what I have to say on the topic and I don’t have the energy to keep entertaining people who will find something negative to say no matter what. So, let me clarify once and for all: I wholeheartedly and without a doubt condemn bullying … I will not and did not defend anyone’s harmful words or actions,” Mari writes. “Clarifying that someone isn’t fake or can have positive attributes is NOT the same as defending or excusing behavior.”

Finally, the former Bachelor star notes again that there are things that viewers at home don’t see. Not to mention, most viewers have never been in a situation like this so it’s hard to know how it feels.

“Please remember there is so much you don’t know and that you don’t get to see, so you will NEVER fully understand these situations. Lastly, do your part to be a better human being. Buenas noches♥️.”

Did you watch The Bachelor last night? Who do you want Matt to end up with? Let us know in the comments below. Come back to TV Shows Ace for more news on all of Bachelor Nation.