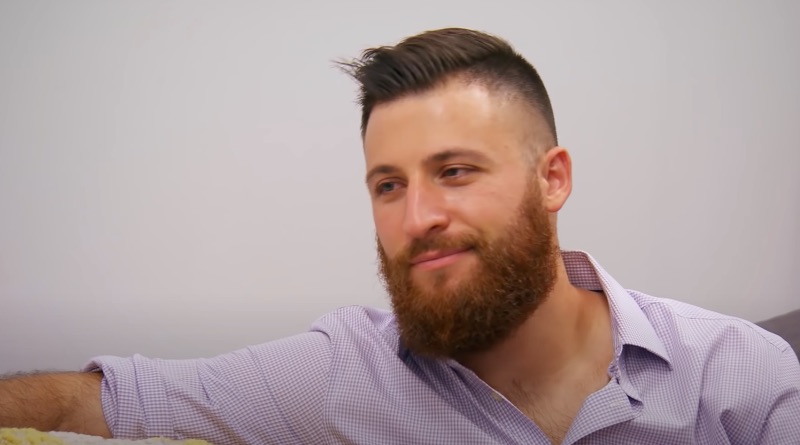 Married at First Sight cast member Luke Cuccurullo recently posed for some professional wedding photos. Did he tie the knot with his new gal following his Lifetime disaster?

Luke Cuccurullo recently looked sharp for a series of wedding photos. As Married at First Sight watchers remember, he did the same thing with then-wife Kate Sisk on Season 8 in Philadelphia. And with how cozy he looks with his new girlfriend, some watchers think he walked down the aisle again.

In the eyes of many Married at First Sight watchers, Luke Cuccurullo is one of the worst husbands to ever appear on the matchmaking franchise. Even though current cast member Chris Williams may take the crown by the time Season 12 wraps in Atlanta, Luke currently holds that title in the minds of many viewers.

Did Luke Tie the Knot Again?

Married at First Sight followers keeping up with Luke Cuccurullo’s off-camera story know he has a new girl in his life. And from the looks of it, they get serious as a pair. They even adopted a toy poodle to add to their family. And in a lot of ways, the next step could be marriage.

But at least for the time being, that doesn’t seem to be the case. Along with sharing the wedding photo set, Luke added a disclaimer for his Married at First Sight followers. Kate Sisk’s former husband said that he is “not married.” And that it was all just for the photoshoot. Still, he added that he had a “bunch of fun” dressing up for the day.

Things Get Serious for Married at First Sight Star

Even though Luke Cuccurullo may not be making it official again just yet, things certainly get serious with his new girlfriend. As Married at First Sight watchers remember, Luke said on his season in Philadelphia that Kate Sisk wasn’t his type. And even though things went downhill quickly back then, he seems to have found the person for him. Even without the help of the experts.

Luke enjoys traveling and exploring new places. And it seems that’s something he and his new love interest share. They picked up their fur baby all the way in Tyler, Texas. Along with picking up their new family member, they made a fun road trip out of it.

So even though this latest photoshoot was nothing more than that, it could very well be practice for when they do tie the knot. Assuming things continue to go well for the pair, that is. Either way, their relationship is something to watch as they continue to build a life together.