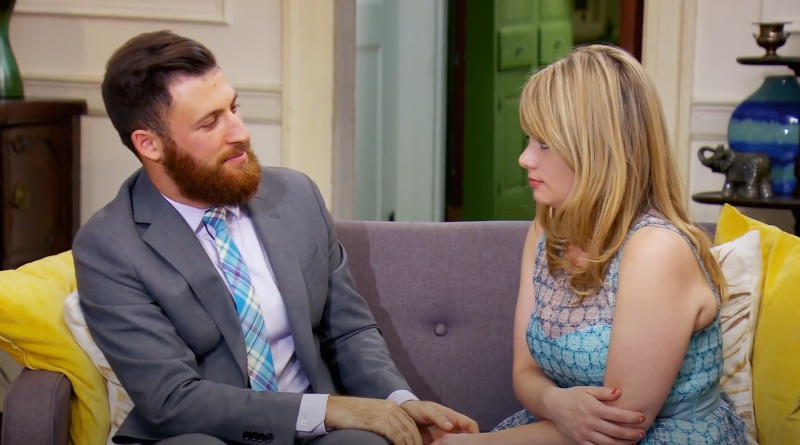 Things went from bad to worse for Kate Sisk and Luke Cuccurullo on Season 8 of Married at First Sight in Philadelphia. Even though Kate was open to finding her forever on the show, it seemed early on like Luke had other intentions. He told her early on that she wasn’t his type. Meanwhile, he revealed after they were intimate that he felt “dead inside”.

Meanwhile, things only got worse as the weeks progressed on Married at First Sight. Luke turned every disagreement around and blamed it on his wife. And because of this, gaslighting claims were a regular topic of conversation among viewers. Many viewers say Luke Cuccurullo is the worst husband in franchise history. And when they went their separate ways on Decision Day, it wasn’t a big surprise.

Did Production Force Kate to Stay?

Married at First Sight cast member Kate Sisk recently came forth with some incendiary accusations against both production and her ex-husband. According to Kate, if she left early, she would have to pay the network 100k. Many viewers wondered why Kate stayed for the entire process. And that may offer some insight into why.

Meanwhile, Kate Sisk took things one step further. She alleged that production “threatened” her. In addition to that, she blamed the show for matching her with someone they knew would “hurt” her “on purpose”. Given the “extensive psychological tests” the network puts potential cast members through, Kate blames them for everything she went through with Luke Cuccurullo.

Moreover, along with everything she dealt with from production, she added that there was the “gaslighting from Luke” to contend with as well. Luke Cuccurullo was dodgy on his season of Married at First Sight. And even experts like Dr Pepper Schwartz had a hard time when confronting him directly about his behavior.

Certainly, even though Kate Sisk moved on with her life since her time on Married at First Sight, it’s clear she still deals with a lot from her experience.

Married at First Sight Star Doing Her Own Thing

Despite her harrowing experience on Married at First Sight, Kate Sisk turned her life around in a big way since then. Even though she hasn’t been lucky in love, she started her own business. And she has a lot of fan support after everything she went through while filming.

Meanwhile, to help get through the current pandemic, she recently adopted an adorable beagle pup. And the pair regularly explore and go on adventures. So, despite her awful Married at First Sight experience, Kate Sisk is in a much better place now.

‘Return To Amish’ Rosanna Miller Officially Confirms Pregnancy- See Her Bump
Todd Chrisley Reaching Out To His Hurt Child, Which One?
Isabel Roloff: Celebrating Her Pregnancy & Respecting Tori’s Loss
Meri Brown Gets Cryptic About ‘Being Broken,’ Is She Alright?
‘The Grand Tour: Lochland’ Released, Will Covid Derail Next Season?